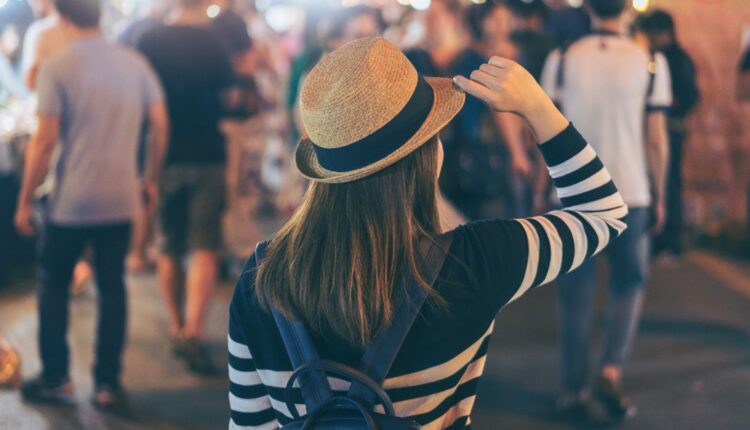 SACRAMENTO, Calif. — The Capitol Mall will be transformed into a bustling night market on May 13 in Sacramento’s first-ever Asian American and Pacific Islander (AAPI) Night Market.

Instead of holding their annual installation gala, organizers with the Sacramento Asian Pacific Chamber of Commerce decided to host the marketplace to celebrate, discover and enjoy the richness of AAPI culture in the region.

More than 30 delicious food and drink vendors, local merchants and live music will fill the lineup.

When and where is it?

The first AAPI Night Market in Sacramento will be held one day only on May 13. It runs from 6 pm to 10 pm

You’ll need a ticket to get into the event. General admission is $25 and kids ages six and younger get in for free. Student and senior citizen tickets are available for $20. For rundown on prices and fees, click HERE.

The night market will host more than 30 vendors ranging from food and drink to local merchants. There’s also a full lineup of live entertainment, including headline P-Lo and the VFW Post 8358 Chung Mei lion dance troupe.

ABC10 also caught up with a few of the more than 30 vendors. Check out their stories below.

Tapping into community and culture, this Vietnamese-owned brewery is making North Sacramento a destination for craft beer.

King Cong Brewing Company founder, Cong Nguyen, said he ditched plans to become a dentist and took a leap of faith to follow his passion for beer and enrolled in UC Davis’s master’s brewing program in 2014.

King Cong has been bringing energy to Del Paso Boulevard since 2017.

He says community support helped them power through the pandemic.

“We created a culture and a hub for people to come and be able to enjoy themselves and just be able to get away from all the problems in their lives,”
Nguyen said.

Chay Corner is on a mission to bring more Asian flavors to Sacramento’s plant-based community.

Owner Brandon Dinh said he became a vegan nine years ago and found himself craving Vietnamese and Chinese dishes from childhood.

So, he began cooking meatless meals and found joy in sharing his culture with others. Chay, pronounced in Vietnamese sounds like “jai”. It means vegan. Chay Corner began as a pop-up and is planning a brick-and-mortar location in Arden-Arcade. Dinh said his grandmother is his inspiration in starting his food business.

“The way she cooks, it just kind of like really awes me. It’s so simple,” Dinh said. “The way she cooks, it’s still flavorful. It’s not complicated at all, but it’s just capturing all those authentic flavors from my childhood and being able to serve it to other people.”

Chay Corner plans on presenting a unique menu for the AAPI Night Market.

Turning to macrame as a hobby during the pandemic, Jenny Estrada, a military mom, found a way to tie Hmong culture into her creations. The process brought her so much joy that she opened an online storefront, Wind Macrame.

It’s a name inspired by her Hmong name, Cua, which means wind. Some of her works are inspired by traditional Hmong Xauv necklaces. It is pronounced like “sao” and translates to mean “lock.”

The jewelry piece served as a reminder of a time when minority Hmong people were enslaved and forced to wear lock necklaces for identification in Imperial China. Over time, Hmong people reclaimed ownership and turned it into a symbol of pride and preserve. Estrada said Hmong makers like her hold that history dear.

“We want to continue to keep art alive within our community, and especially with our embroidery, it’s something- it’s an addition to add to… the dresses and outfits that we have,” Estrada said. “I think that macrame is really transitioning into everyone’s culture.”

This Lao family-owned donut shop is a multi-generational, 30-plus year staple in Sacramento.

Each rolling pin on their North Highland shop’s wall represents each shop the Sweet Dozen has opened. The donut business has been rolled out to siblings, Nuny and Jeremy, who are now putting their creative spin on their parent’s legacy. Their parents, Outhay & Sengkeo, were refugees from Laos and had stayed in a camp in Thailand before coming to the US

“My dad had experience when he was over at the camps in doing baked goods and stuff and so that was kind of what he was working in at the grocery store, was in the bakery department doing like breads, and that kind of evolved into donuts And with that, he kind of had this entrepreneurial mindset of opening up his own business,” said Nuny Cabating, who oversees their traveling Sweet Dozen trailer.

Sweet Dozen will be creating off-menu donuts with Asian flavors like mango rice pudding, matcha and ube for the AAPI Night Market.

Tuk Tuk Box is the country’s first and only Southeast Asian food subscription box, and it was founded right here in Northern California.

They say for some Asian American purveyors, their Asian products don’t make it more than 10 miles from their shops.

Oftentimes, with data on the AAPI community lumped into a monolithic group, disparities among southeast Asian communities are lost. Southeast Asian subgroups such as Lao and Hmong have the lowest economic earned dollar in the United States. As a result, according to statistics poverty rates are as follows: Hmong, 37.8%; Cambodian, 29.3%; Laotian, 18.5%; Vietnamese, 16.6%. These groups are significantly underrepresented in policy, advocacy and in leadership spaces.

As former workers in the non-profit sector, Tuk Tuk Box’s founders said they wanted to uplift their communities through food.

“That is the thing that we use as our love language in the Asian culture. You can be completely you know, mad or sad and we always just use food to lift up but also to bring together- and we feel that food can break down those barriers,” Innouvong-Thornton said.

“It is a way to bring storytelling to people’s doorsteps but also a way to create social change,” Beatriz Aurelio-Saguin added.

Mak&Grille was built by two South Sacramento dads looking to fuse their families’ cultures together.

Taking a bit of inspiration from their diverse backgrounds, Mak&Grille marries Mien, Chinese and Vietnamese flavors.

Co-founder, Hong Tran, said it started with their signature hot sauce which made popular appearances at large, various family gatherings. He said, at their parties, it was important to always have more than enough food to feed everybody.

They fired up a hot sauce business less than a year ago and evolved into a food business and landed one of three coveted spots as a “Street Food Sacramento” grant recipient through the Midtown Association.

“We make sure we show how, where we are, who we are and where we came from – like we’re from Vietnam but we’re Chinese. So we bring little Vietnamese spice with the Chinese cooking style together,” Tran said.

To learn more about the AAPI Night Market and purchase tickets, click HERE.

To view live traffic conditions in the area, view the Waze map below.

Lakers: Mark Jackson More Likely to Be Hired by Sacramento than LA – All Lakers

1 injured in shooting at party in central Fresno