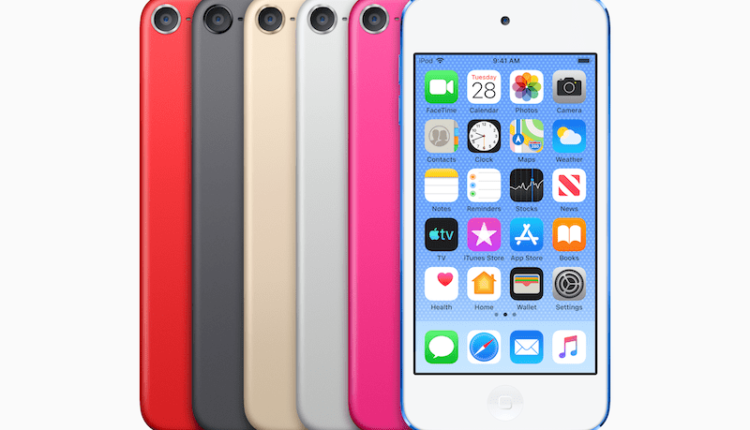 Parents the world over will be disappointed to learn, Apple is killing the iPod

Since its introduction over 20 years ago, iPod has captivated users all over the world who love the ability to take their music with them on the go. Today, the experience of taking one’s music library out into the world has been integrated across Apple’s product line — from iPhone and Apple Watch to iPad and Mac — along with access to more than 90 million songs and over 30,000 playlists available via Apple Music.

“Music has always been part of our core at Apple, and bringing it to hundreds of millions of users in the way iPod did impacted more than just the music industry — it also redefined how music is discovered, listened to, and shared,” said Greg Joswiak, Apple’s senior vice president of Worldwide Marketing. “Today, the spirit of iPod lives on. We’ve integrated an incredible music experience across all of our products, from the iPhone to the Apple Watch to HomePod mini, and across Mac, iPad, and Apple TV. And Apple Music delivers industry-leading sound quality with support for spatial audio — there’s no better way to enjoy, discover, and experience music.”

Among the incredible ways to enjoy music across a range of devices, including a wide variety of models from the new iPhone SE to the latest iPhone 13 Pro Max, iPhone is the best device for streaming Apple Music or storing an entire music library on the go. Apple Watch and AirPods are the perfect companion, allowing users to access over 90 million songs right from their wrist, starting at just $279 with Apple Watch SE. iPad starts at just $329, comes with a more powerful chip, larger display and the latest iPadOS features. And for the best way to enjoy music at home, HomePod mini is just $99.

Apple, the company behind the iPod, wanted to build a portable music player that was easy to use and convenient to carry around. Their research found that existing digital music players were small, clunky, useless, and just plain awful. After years of development, Apple was finally able to create a portable player that fit their needs perfectly. Today, millions of people use iPods to listen to their favorite music. But, what made them so special?

Apple’s first iPod shuffle was marketed as an entry-level music player without a screen and with simple controls, which would make it a great accessory for people on a budget. The shuffle can play a limited subset of music and is designed to connect via USB 2.0 to a computer. It is a relatively lightweight device, weighing in at under an ounce. It’s available in both 512MB and 1GB configurations, and weighs less than an ounce.

The History of the iPod nano has a fascinating backstory. It started out as a rectangular device and later became square. In the early years of the iPod, it was the least expensive iPod, and was often a cheap alternative to the Apple iPod. It has added many new features and functions over the years, and for a long stretch, it was the most popular. Even though the nano has undergone a few changes, it still remains a popular device, and is still one of the best-selling products of all time.

The history of the iPod touch begins in July 2003, when Apple introduced a prototype version of the product. The device retained the 4-inch screen and color options of the iPhone 5, but now featured a new processor. The A8 processor, also used in the iPhone 6, brought the iPod touch into the 64-bit era. It was also equipped with better Wi-fi, Bluetooth 4.1 support, and an 8-megapixel camera. Apple released the new device in four SKUs ranging in price from $199 to $299.

The history of the iPod mini can be traced back to January 6, 2004. Apple launched the first mini at Macworld San Francisco. Steve Jobs had declared war on Flash-based MP3 players, which were enjoying success downstream of Apple’s hard-drive-based iPod. At the time, the iPod held about 31% of the global music player market. Apple wanted to take on the Flash players with a more affordable product that could hold up to 940 songs.

The second-generation iPod debuted less than a year after its predecessor, the iPod mini. This model added Windows support and a touch-sensitive control wheel, replacing the mechanical one. It also had a larger screen and video playback. While its form remained mostly unchanged, the front was rounded and the battery life was improved. This version of the iPod also launched in black and white colors. The next-generation iPod was not released with iTunes until later, but it did come with some changes.

Journalists Recap the Latest on the Supreme Court Leak, Mental Health Care, and…