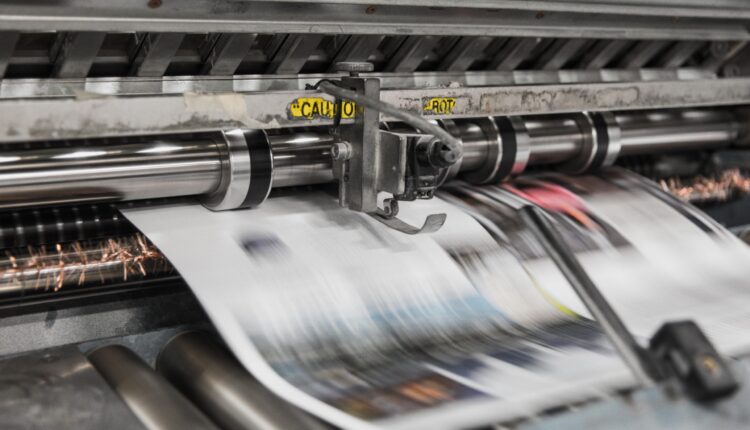 By Jeff Burdick for SactoPolitico

This story was produced by the Sacramento-based political publication SactoPolitico and co-published here with permission.

When a top Congressional candidate refuses a newspaper’s invitation to sit for an endorsement interview, that often says a bit about the candidate. But when two primary opponents in the same race refuse, that deserves deeper review.

Such happened last week when both Republican primary candidates for the open CA-3 House seat and a third GOP candidate for a state Assembly seat refused endorsement interviews with the Sacramento Bee Editorial Board. Two of them posted statements on Twitter blaming media bias, and the Bee responded with not one but three staff opinion pieces blasting the candidates. But a closer examination of this messy triangle reveals imperfections around every tri-corner.

The two Congressional candidates are Sacramento County Sheriff Scott Jones and State Assemblymember Kevin Kiley (R-Rocklin). Once-a-decade redistricting created an open seat in the new CA-3 that sprawls across 10 California counties from Plumas in the mountainous north to desert Inyo in the south. But the bulk of the district’s population centers on the Greater Sacramento suburban areas of Placer County, Folsom and Orangevale.

Trump would have won this district in 2020 by just +1.9%, and the moderate Democrat Dr. Kermit Jones is sure to secure one of the top two spots in the June 7 primary. That leaves Asm. Kiley and Sheriff Jones (not to be confused with the Democrat Dr. Jones) fighting for the other November runoff slot. Normally in such a contested race, most candidates want any free media coverage they can get to reach more voters – except, apparently, when it involves the Bee.

This started last Monday when Sheriff Jones posted a letter to Twitter explaining his reasons for declining – and detesting – the Bee. This included what he called the Bee’s history of “name calling” and “mischaracterizations,” and there is definite truth to this. I have reported multiple times about the Bee editorial board’s penchant for sophomoric name calling. This has included calling its targets “morons” and “dimwits,” publishing anonymous and uncorroborated Twitter charges of anti-Semitism, and describing an elected official figuratively giving the public the middle figure.

Such is hardly opinion writing worthy of Pulitzer Prize consideration or how any local media pillar should model civil debate for the community it serves. The Bee did change leadership last year, and interestingly, its current executive news editor Colleen McCain Nelson won a 2010 Pulitzer for editorial writing along with two colleagues at the Dallas Morning News. But sadly, the Bee’s past opinion-page histrionics have only continued under McCain Nelson.

This included unfair bee treatment last August of anti-vaxx, anti-mask Sacramento County Supervisor Sue Frost. The Bee went so overboard with an ad hominin attack and tenuous suggestions of Frost supporting white nationalism that this obscured any useful spotlighting of the policy issues involved. Though I don’t agree with Frost’s public-health positions, I felt as a journalist a need to provide Frost a more neutral forum for responding and sharing her views via a Q&A in this publication to let readers then come to their own informed conclusions.

So, Sheriff Jones has a point about Bee name-calling and mischaracterizations, but oddly, he made a weak case for it in his letter. He referenced only being called a “mini-Trump.” This was strange as Jones did support Trump and his border policies, which was the context for the Bee’s comparison. Plus in the sheriff’s conservative circles, being called a mini-Trump is hardly thought of an insult.

To be sure, the Bee has unfavorably characterized Sheriff Jones at other times – such as claiming he suffers from “muddle brained hubris” – but it seems his real problem with the Bee has been its active coverage of his many years as a lightning rod of controversy, ethical questions and lawsuits. (For a chronicling, see here.) In fact, a strong case exists it was only because Sheriff Jones was such a blemished GOP nominee for Congress in 2016 that US Rep. Ami Bera (D-Elk Grove) survived a quarter-million- dollar campaign finance scandal that Bera’s 83-year-old father landed in jail.

Sheriff Jones concluded his Twitter letter with “I will always sit down with honest reporters who try to understand the complex issues facing our communities, and who report on them in balanced tones.” Note the word “always.” I have previously reached out to the sheriff to answer questions about his Congressional campaign and the issues, but he never responded. Then after he posted his letter last Monday, I reached out to his team a couple more times – this time offering the same Q&A spotlight I gave Supervisor Frost. But despite the sheriff’s claim of extreme openness, I have yet to hear back to these requests.

This same non-responsiveness also characterizes Asm. Kiley, who has avoided questions for more than a year from this publication about his attending a rally co-organized by an individual calling for Americans to arm for civil war. The rally also featured several other speakers with known connections to a large hate group, militias and QAnon. At the very least, his rally appearance demonstrated either very poor decision-making by Kiley or an eagerness to play to even the most extreme audiences in search for future donors and votes.

But what’s curious about Kiley declining the Bee’s endorsement interview invitation is the Bee has never previously asked Kiley about the far-right rally. But since Kiley’s Democratic opponent Dr. Jones has made Kiley’s “radical associations” part of his campaign, it’s possible Kiley wants to avoid any interview forum that might force him to answer this question or others about Trump, the Big Lie, the Jan. 6 insurrection, or anything else that could cost him precious votes in either the primary and/or general election.

But as the saying goes “two wrongs don’t make a right” – or in this case, “three wrongs” (to cover all sides of the triangle). That’s because the Bee is hardly a model player in all this. In fact, their three pieces of opinion responding to the candidates is the definition of overkill and demonstrated each grievance the candidates gave for not wishing to participate in the endorsement interviews.

Take the piece by opinion page editor Marcos Breton, “Some California Republicans won’t talk to The Sacramento Bee. What are they afraid of?” Sheriff Jones charged the Bee with regularly mischaracterizing him. So what does Breton do? His mischaracterized Jones’ public snub of the Bee as a “rejection” of the entire “free press.” As noted above, Sheriff Jones and Kiley are hardly models of openness, but its disingenuous to portray Jones and Kiley’s complaints as anything but focused on the Bee alone. 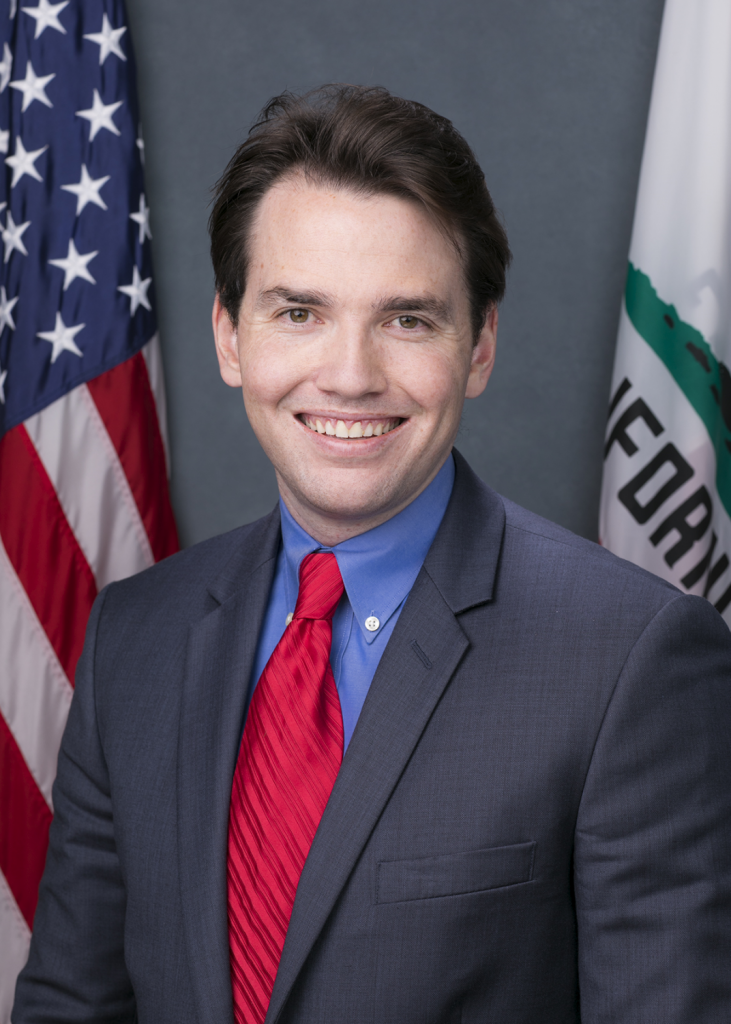 Bee hypocrisy was also fully displayed when Breton chided Sheriff Jones for going public on Twitter versus having “simply left it between us and him.” However, it’s worth noting Kiley didn’t publicize declining his endorsement interview. But did Breton leave this between “us and him”? Not all. Breton published part of an email explanation from a Kiley spokesperson.

Then Breton further doubled down on Kiley’s private rudeness by publishing a full-throated attack essay on Kiley by editorial cartoonist and fellow Editorial Board member Jack Ohman. This piece also proudly bared the Bee’s penchant for name-calling right in the headline, “Kevin Kiley is a snowflake who isn’t ready for a few questions, let alone Congress.”

And nowhere in any of this did the Bee mention or defend its endless use of name-calling. Instead, they characterized all the candidates as cowards for not sitting and answering question, but with no self-awareness that the Bee too is dodging questions about its conduct.

Of course, members of the news media must be gatekeepers of their pages and air time, and candidates shouldn’t only expect easy questions. But this doesn’t mean journalists still can’t conduct themselves as political hosts inside their gates.

It’s not impossible to ask tough questions without becoming personally adversarial or to write hard-hitting criticism without resorting to name-calling. It starts by remembering that the journalist’s role goes far beyond their or their publication’s self-interests. Good journalists must constantly see themselves as stand-ins for their readers, asking key questions and collecting valued information that the average reader has neither the time nor training to do.

Then if news subjects choose not to answer valid questions, you let their behavior – and not yours – be the focus of reproach.

More than 40 May events to boost Stockton economy, officials say