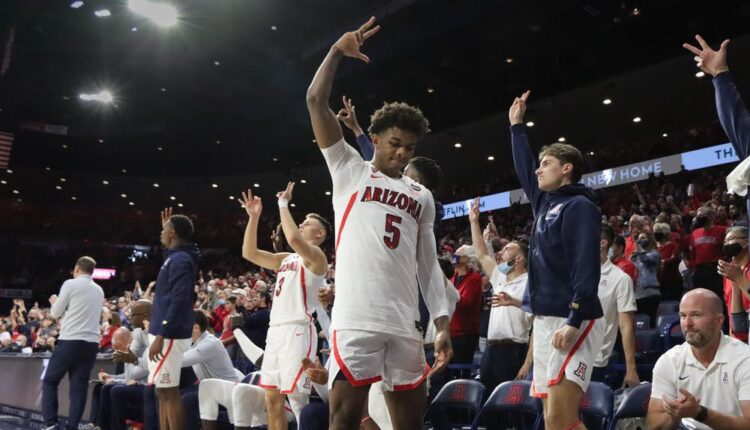 The Arizona Men’s Basketball defeated the Sacramento State Hornets with a score of 105-60 in their first ever matchup.

Arizona started strong, took a 10-point lead in just five minutes and finished the half-time with 25 at 47:22.

Sacramento, now 3-3, struggled to keep up Arizona’s pace and physicality. Coach Tommy Lloyd experimented again with a full-size press, which has so far been delivering good results.

MORE OF THE DAILY WILDCAT

“We have to try to move the ball and isolate the boys in every game. Put constant pressure on the defense,” said manager Lloyd. “Kerr let us go up and down. I really noticed his guidance. He rises, really grows. Now we’re going to prepare the PAC-12 exactly as we did the last few games.

“We like our chemistry, we play with each other. We don’t mind giving up a good shot to take a great one, ”said Pelle Larsson.

Next up: Arizona will face Washington Huskies in McKale on Thursday before taking to the streets against Oregon State on Sunday.

Let us come to you. The Daily Wildcat, straight to your inbox. News. Science / health. Sports. Art / lifestyle. You choose. You can cancel at any time.

Washington hires Kalen DeBoer from the state of Fresno: Huskies are to get coaches with championship pedigrees