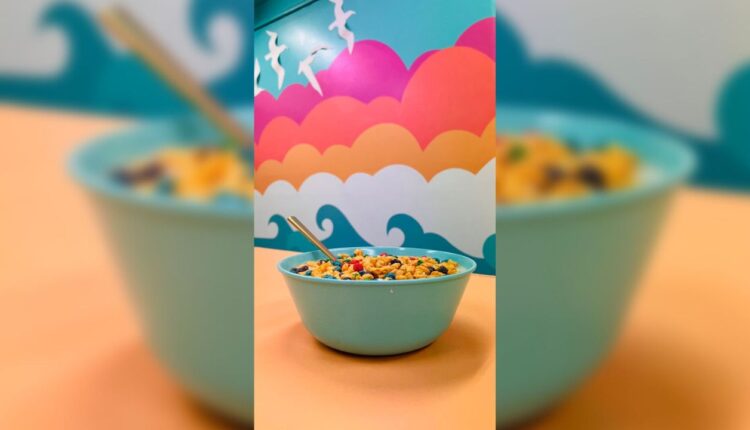 SACRAMENTO, Calif. (KTXL) — A new cafe is coming to Old Sacramento for those who have a craving for cereal and other sweets.

Cerealism Café will allow customers to customize cereal bowls with various cereal options, in which you mix cereals together, add toppings, and choose your milk.

The cafe will also have specialty bowls such as the “Cookie Monster” and the Sacramento Kings-themed “Space Jam” bowl.

The cereal bar and cafe are planning to open sometime in October on 128 K Street in Old Sacramento.

“Right now, we’re planning to have over 50 options of cereal and will be in different cereals periodically that comes seasonally,” owner Laterica Reddix-Espinoza told FOX40 News. “For Halloween like the Boo Berry, Franken Berry and of course cereal from original the world so that we can highlight different cereals from different countries.”

For those who don’t want cereal, Reddix-Espinoza said customers can blend cereal into ice cream or into a milkshake. Cereal-themed desserts will also be on the menu including cereal cheesecake, and cereal sushi, which is a banana crepe.

As an alternative, keto cereal, nature cereal, and overnight oats are healthier options for customers.

“We want to take this regular concept and reimagined them and make it (about) cereal,” Reddix-Espinoza said.

How the idea came about

The cereal bar was an idea Reddix-Espinosa had 12 years ago when she was reminiscing about her childhood with her sister and telling their children how they would look forward to cartoons and eating cereal on Saturday mornings.

“Saturday mornings..it was always an event for us,” Reddix-Espinoza said. “We would get up early and grab cereal and look forward to cartoons every Saturday.”

“We were saying they have 24-hour cartoons and would sleep in on Saturday. If we didn’t get up early, we missed our cartoons,” she continued.

Cerealism Cafe was one of the finalists for Downtown Sacramento’s Calling All Dreamers Contest in 2019. Even though she didn’t win, Reddix-Espinoza said the knowledge and skillset she gained gave her the ability to help launch her own business.

Prior to creating her own business, Reddix-Espinoza worked in skin care for several years and manage health centers in Sacramento.

Why doesn’t the Delta King Hotel move from its place on the Sacramento River?

How the cafe’s name was created

The cafe’s name “Ceralism” is a play on the word Surrealism, an art form that involves imagery or effects in media.

“It’s like art in a bowl,” Reddix-Espinoza said. “I was thinking of the concept of surrealism as art intimates life…and it came from that day.”

When she secured the cafe’s space, Reddix-Espinoza felt it was important to have art displayed throughout her business. After she thought of concepts and ideas for murals, Reddix-Espinoza decided to commission three local female artists to paint them inside the café.

The three artists who painted the murals are Jaya King, Uli Smith and Nicole Keith.

The cereal bar and cafe have five separate rooms, four of which have different themes:

The Captain Crunch theme room has a 19-foot ship where customers sit and enjoy their bowl of cereals.

People can also sit and eat at an indoor park area in the café.

Rooms will be available to reserve for birthday parties or private events, according to Reddix-Espinoza.

Why is there a three-story Coca-Cola cup in Sacramento?

Reddix-Espinoza said she wants to create an immersive experience for young people who fall in the millennials and Gen Z demographic.

“We wanted to create a space for young people,” Reddix-Espinoza said. “I would sit out at Old Sacramento every weekend and I would just see young people walking around.”

“There’s nothing to do. I just wanted a space for Gen Z, millennials, and content creators,” she continued.