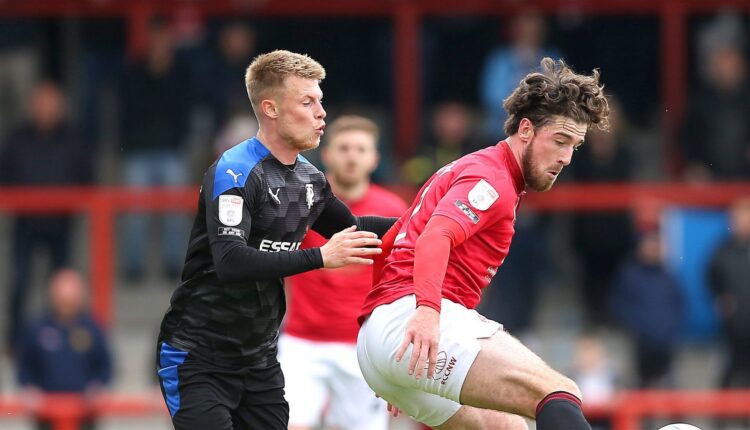 Morecambe are still keen to tie down Cole Stockton’s future, but Alan Nixon says the striker wants to leave the club this summer.

Stockton, 28, sees his contract at Morecambe expire this summer. The striker has just scored 28 goals in 44 League One appearances for the club who narrowly avoided relegation into League Two.

And their star striker has attracted plenty of interest ahead of the summer, with reports last month linking all of Wycombe Wanderers, Rotherham United, Portsmouth, Preston and Peterborough United with the Englishman.

Now, Nixon has revealed that Stockton wants to leave Morecambe this summer and seal a move elsewhere.