Conor McGregor fires back at Nate Diaz after the Stockton native claimed the Irishman was “already killed”. 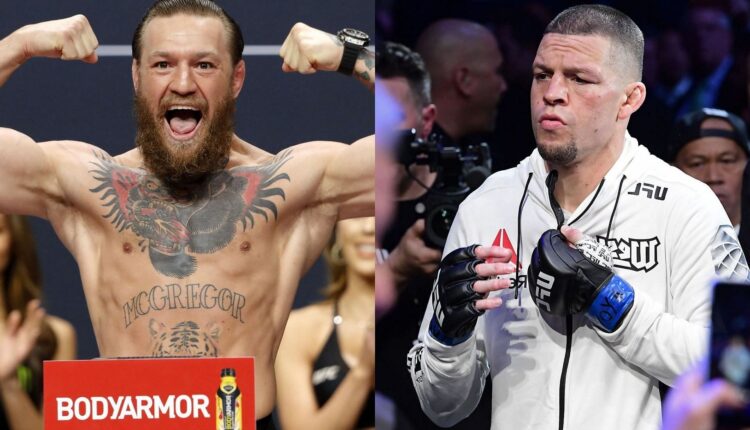 Conor McGregor and Nate Diaz recently got into a Twitter feud after the Irishman exclaimed all of his enemies while discussing a return to the Octagon.

Although McGregor didn’t mention any specific names, Nate Diaz posted a message on his official Twitter account that appeared to be a direct response to “The Notorious.” Diaz wrote:

“War was declared a long time ago, you have already been killed.”

War was declared a long time ago, you were already killed

War was declared a long time ago, you were already killed

In a now-deleted tweet, McGregor fired back at his former opponent.

“You should have killed me when you got the chance, but you’re not a killer.”

The feud between Conor McGregor and Nate Diaz goes back a long way. The duo competed at UFC 196, where Diaz shockingly defeated the Dubliner by submission. However, the former UFC doubles champion avenged his defeat at UFC 202 five months later.

In a recent tweet, Conor McGregor revealed that he would love to fight the lightweight champion when he returns to activity in 2022. The former 155-pound kingpin also addressed his rivalry with Dustin Poirier, hinting that the trilogy was “unfinished”.

McGregor has lost two fights in a row, both to Dustin Poirier. He suffered a cruel broken leg in their trilogy fight at UFC 264 and was operated on shortly afterwards.

“The Notorious” has expressed an interest in fighting Poirier for the fourth time. “The Diamond” is slated to face UFC lightweight champion Charles Oliveira in the UFC 269 Main Event next month.

Though Justin Gaethje, Islam Makhachev and Beneil Dariush are waiting in the wings for shots to hit the belt, McGregor expects to beat them all when he goes back to the Octagon.

Watch: is the UFC getting bigger than American football?

Etching the Pain of Covid Into the Flesh of Survivors