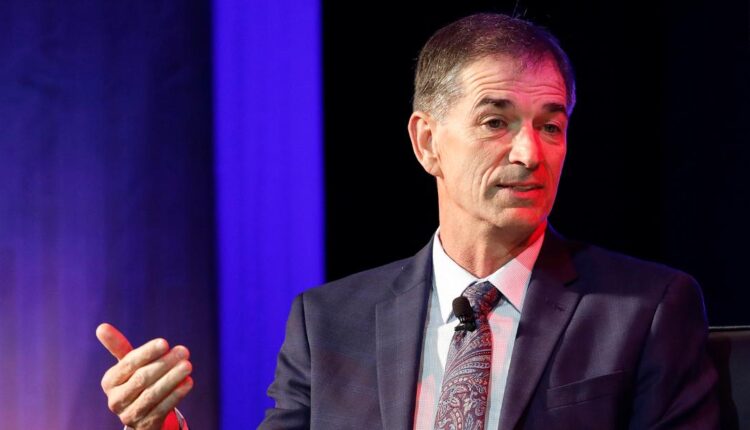 The former Utah Jazz point guard confirmed in an interview Saturday that the school had suspended his tickets.

Stockton told the Spokesman review he and the school have been “in discussions about various COVID things for a couple of years.”

Stockton has been vocal about his feelings against Covid-19 vaccines, lockdowns and mask mandates, according to the Spokesman review. He previously expressed his views in the documentary COVID and the Vaccine: Truth, Lies and Misconceptions Revealed, which includes comments from doctors notorious for spreading misinformation.

In the documentary interview, Stockton appears to assume that more than 100 professional athletes have died from vaccinations, but there is no evidence to support such a claim.

Serious adverse events after a Covid-19 vaccination are rare, according to the Centers for Disease Control and Prevention. Healthcare workers are required to report post-vaccination deaths, even when it is not clear if the vaccine was the cause. Such reports are also rare, the CDC says, and all reported deaths are reviewed for possible vaccine links, up from 1% of the actual ones. So the actual numbers are most likely much larger than that, but that’s what they’re actually willing to admit,” Stockton said in an in-depth interview with the Spokesman review. “They have shut down previous vaccine systems for 25 deaths and we are well past 20,000 again they admit. Over a million injuries.”

Reporting to the CDC’s Vaccine Adverse Event Reporting System (VAERS) is voluntary — anyone can submit a report — and a report does not imply that a vaccine caused the adverse event reported. The CDC cautions that reports may be inaccurate, random, or unverifiable. The CDC and the U.S. Food and Drug Administration use VAERS to look for patterns that require closer examination.

“Gonzaga University continues to work hard to implement and enforce health and safety protocols mandated by state and university policies, including increasing indoor mask requirements,” the school said in a statement Sunday.

“Basketball game participants are required to wear face masks at all times,” the school’s statement continued. “We will not discuss specific actions taken with specific individuals. We take the enforcement of COVID-19 health and safety protocols seriously and will continue to evaluate how best to take appropriate action to mitigate the risks posed by COVID-19. The recent decision to suspend concessions at McCarthey Athletic Center is an example of this approach. Gonzaga University places the highest priority on protecting the health and safety of students, staff and the community.”

According to Gonzaga’s website, attendance at home sporting events requires proof of vaccination or a negative Covid-19 test taken within 72 hours of the event.

Stockton said in the Spokesman Review interview that his relationship with the school wasn’t permanently broken, but “suggested it might take time to fix.”

“I think it certainly strains[the relationship with Gonzaga]. I’m quite connected to the school,” Stockton said. “I’ve been part of this campus since I was probably 5 or 6 years old. I was born just a few blocks away and have been sneaking into the gym and selling programs to join games since I was a little boy. So it’s tense but not broken, and I’m sure we’ll get through it, but it’s not without its conflicts.

Drafted by Gonzaga in the 1984 NBA draft, Stockton played 19 seasons with the Utah Jazz. As a point guard, Stockton holds the season record for assists, according to the Naismith Memorial Basketball Hall of Fame website. Stockton was also part of the US “Dream Team” that won gold in 1992 and he won gold again in 1996.