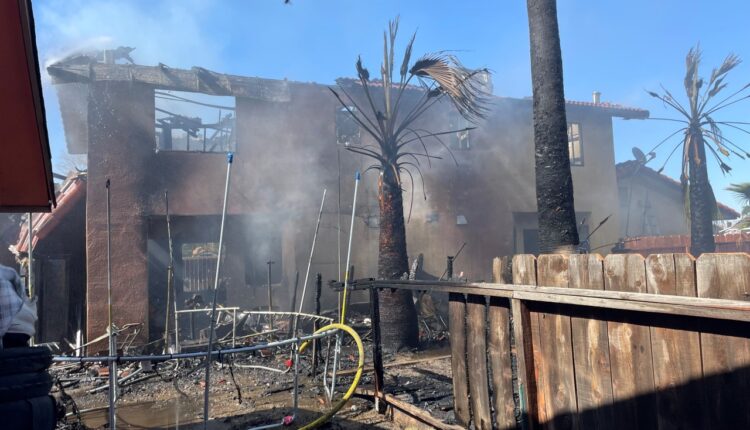 FRESNO COUNTY, Calif. (KSEE/KGPE) – Firefighters worked to contain a large fire that broke out at an apartment complex in Fresno County on Sunday afternoon.

Around 3:00 pm, firefighters from the Riverdale Fire Department were called out to an apartment complex near Sherill and Earl streets for a report of a fire.

When firefighters arrived, they found heavy flames and smoke coming from the building.

Firefighters say they are unsure how many of the apartments were occupied, so it is unknown how many residents were displaced by the fire.

All residents were able to make it out of the building safely and no injuries were reported during the fire.

Sherill Street has been shut down between Shathem and Earl streets. All drivers are asked to avoid the area.

The cause of the fire is still under investigation.