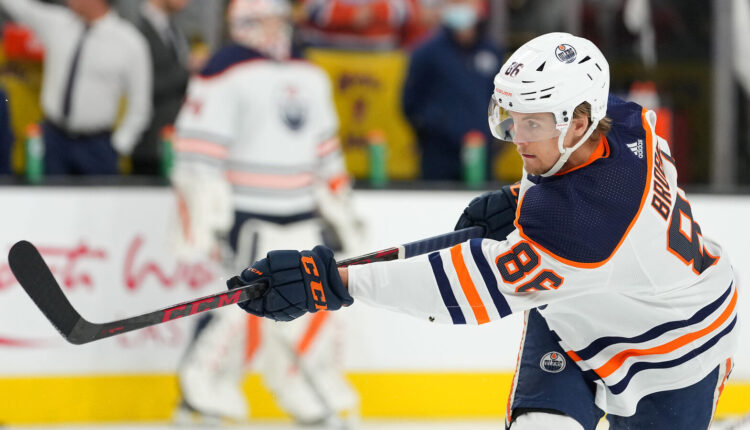 After news came down this afternoon that Darnell Nurse would be sitting out Game 6 after headbutting Danault near the end of Game 5, I was wondering what the Oilers were going to do to fill out their back end and it looks like we got our answer in the form of Philip Broberg. While Woodcroft wouldn’t say whether or not Broberg will play — personally, my guess is that Kris Russell draws back in — the Oilers’ interim head coach has shown plenty of trust in the young Swede any time he’s been with the big club under his tenure, and I wonder if that will continue with a chance to play tomorrow night. Either way, the Oilers now have a sizeable gap on their blue line with Nurse out, and it’s going to take everyone in a white jersey to band together and fill that gap. Can Broberg be part of that solution? Will he get the chance?

When asked about Broberg’s recall, Jay Woodcroft didn’t offer up a whole lot:

“He should be flown in tonight — they’re up in Stockton — so he’ll fly in as insurance for us. That’s one of the moves we made in response to Darnell being suspended for tomorrow night’s game.”

Down in Bakersfield, the 20-year-old Broberg has appeared in all of the Condors’ playoff games and has posted a single assist along with a -2 rating. Through 23 games played with the Oilers this season, the 8th overall pick from 2019 has one goal and two assists to go along with 29 shots, eight PIMs, and a 52.2 CF% while averaging 13.28 in time on ice.

More than 40 May events to boost Stockton economy, officials say