Fair Oaks family among those without power for about 3 days 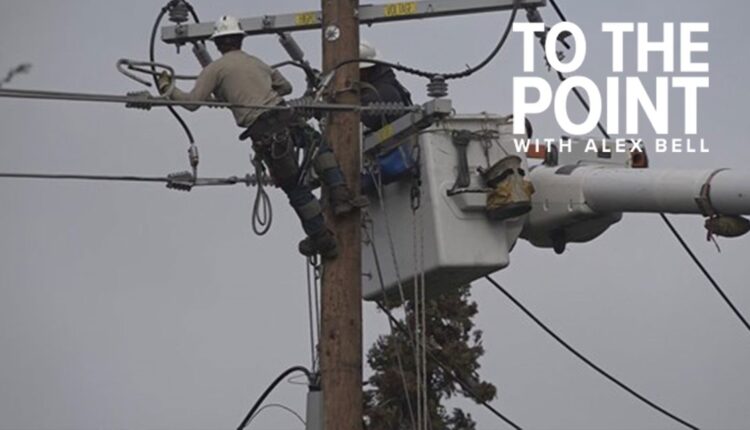 A Fair Oaks man says the power outage is expensive– and, now, a flood threat, as his pool pump is powered by electricity and more storms are on the way.

Jack DeLay is part of a 51-home outage in Fair Oaks that SMUD says is due to damaged equipment.

His power has been out since New Year’s Eve.

“It was about quarter until midnight and then all-of-a-sudden, everything went black,” he told ABC10 on Tuesday afternoon.

The outage has been expensive for him and his wife, he says since they’re on a fixed income.

He says they’ve spent well over $100 dollars on dining out for their meals the last two and a half days, as the food in their kitchen fridge goes to waste.

“The refrigerator—we’ve only opened it once—in the garage… that seems to be fine, but the one in the kitchen—everything’s gone,” DeLay said.

Sitting in the dark and the cost of food, however, pale in comparison to his other concern.

“My biggest fear now is the rain,” DeLay said.

That’s because the pump that empties his backyard pool — is powered by electricity.

“My pool is that far from over-filling now…I just emptied it the day before, but – of course – we had a lot more rain than I thought,” DeLay said. “That overflows and comes down here, I could be in some serious trouble.”

He said he lowered the level of his pool ahead of the New Year’s Eve storm.

“Prior to the rain event, it was about seven inches below the bottom of the brick level, and it filled up to this level in a matter of three to four hours,” DeLay said. “This next one coming in is supposed to be even worse…It’d be nice to get some word, talk to a human being at SMUD so I could know how to plan or give my insurance company, at least, a forewarning.”

As he waits for the power to come back on, he’s glad he has flood insurance ahead of this next storm.

“I can’t imagine what I’d be doing…Duct tape?” he said with a laugh.

SMUD offers reimbursement and assistance for some losses during certain power outages, including food that goes bad in the fridge.

However, it does not offer reimbursements in many cases, including “weather-related conditions such as wind, lightning, heat, snow, ice or flooding; bird, squirrel or other animal contacts with equipment; equipment failure and external causes, such as automobile accidents, falling trees or tree limbs, and construction activities.”

ABC10 reached out to ask for clarification about extended outages like DeLay is seeing now.

“Under our service rules, SMUD is not responsible for losses related to power outages unless due to negligence on SMUD’s part, not as in this case when caused by acts of nature such as weather events. However, because of the unprecedented nature of this storm and as part of our community good will efforts we are working with customers on an individual basis to address specific needs. Claims can be submitted and will be reviewed on a per customer basis. We have representatives in the field helping customers with myriad needs including providing batteries, phone chargers, blankets and more. We thank customers for their patience as we work through this unprecedented storm.”

People unsure if they qualify can reach out to SMUD and even file a claim if they think they may qualify.

Watch: Northern California storms: State resources on standby for next storm | To The Point