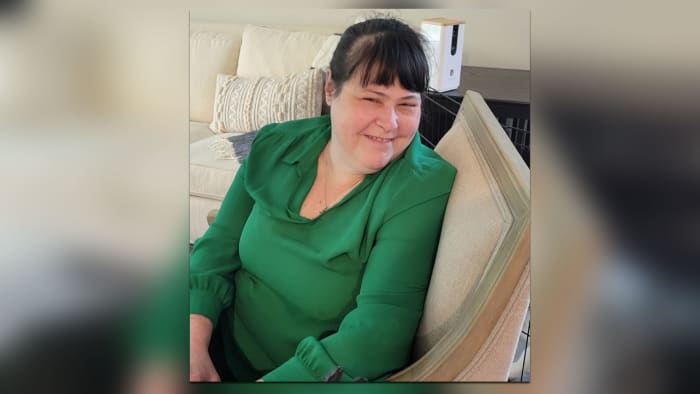 JACKSONVILLE, Fla. – A family is speaking out following the tragic death of a good Samaritan on the Southside Connector earlier this week.

This comes as the Florida Highway Patrol is learning more about the series of traffic incidents that led to 46-year-old Courtney Stockton’s death.

FHP now says the incident that began the tragic series of events was not a hit-and-run but might have been a road rage or other incident involving a vehicle that left the scene. They said something happened between that vehicle and a pickup truck that caused the pickup truck to spin out and end up disabled and pointed toward oncoming traffic on the Southside Connector around 12:30 am Monday.

FHP said a good Samaritan — identified by family as Stockton — saw the stranded truck and stopped to help.

“It shows her character. She stopped to help somebody. She was so special. Courtney what. I’m sorry. It’s just, it’s tragic. She was 46. And the young man she stopped to help was only in his 20s,” said Stockton’s aunt, Kim Kestner.

Stockton’s family lives out of the area and has traveled to Jacksonville to gather her belongings. Kestner and Stockton’s mother were in her Arlington apartment Wednesday looking for proof of her identification so they could claim her belongings from the Florida Highway Patrol.

“Our dilemmas were all her possessions, her wallet, her cellphone was in the possession of Florida Highway Patrol, so we had to prove — I had to find a birth certificate or passport, and I just got it from her apartment,” Kestner said.

A note on the Chart House door says the restaurant is closed to allow employees to grieve. (WJXT)

Stockton’s loved ones said she was a manager at the Chart House restaurant downtown. News4JAX stopped by the restaurant and found a notice on the door that they shut down on Tuesday to give their staff a chance to grieve. They opened up late Wednesday afternoon.

Stockton’s aunt hopes the initial driver who caused the first stranded motorist to be stopped in the middle of the Southside Connector will come forward.

“They just need to contact the Florida Highway Patrol. It’s not worth… if you were drinking, if you were on drugs, just come in. Fess up. You’ll always be looking over your shoulder if you do not,” she said.

The family said there will be a celebration of life for Stockton at 11 am Saturday at St. Luke’s Catholic Church at 1606 Blanding Blvd. in Middleburg.

Former Ceres man gets star on Graffiti Walk of Fame