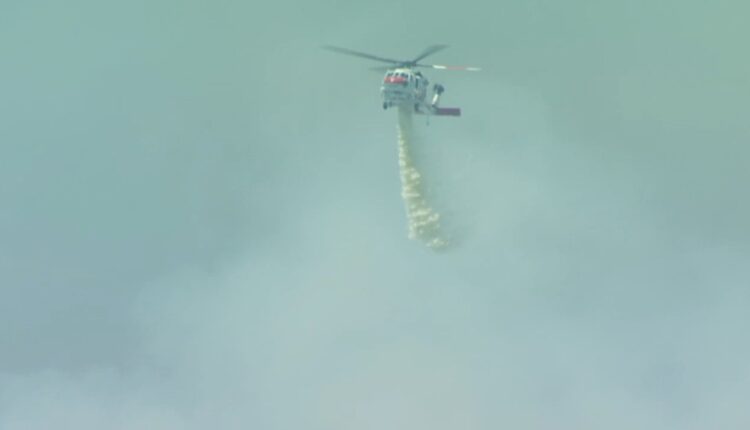 Fresno, Calif. (KFSN) — Multiple fires broke out across the state in recent days, and although it is just the start of wildfire season, fire officials expect fires to continue to be more aggressive.

To help combat these faster-moving fires, they plan on using new firefighting tactics on the ground to help their water tankers in the air.

CAL FIRE has already tackled over 1,500 wildfire incidents just this year alone and with fires like the Coastal Fire in Orange County and the House Fire in Fresno burning hundreds of acres, firefighters are using new strategies to be prepared.

“There’s the fuels, the topography and the weather. When all three of those come into alignment like we had yesterday, we have the devastation that we see today,” said Chief Shane Sherwood with the Orange County Fire Authority Division.

“LA County and Orange County fire authorities have been using firehawks or blackhawks as their aviation asset for a while due to their population density. They don’t have an opportunity to always go to a lake,” said Battalion Chief Dan Urias with Fresno County Fire.

“Anytime we respond to an incident in a rural setting where there are no hydrants, we do have water tenders that do have the collapsible porter tank, 3,500 gallons,” explained Urias.

Fresno County Fire’s porter tanks are typically used for wildlife engines but when needed , air tankers can fill up as well.

When it comes to the rate of spread and prevention, firefighters say there are two main factors.

“It’s the human factor — we need the community to be involved and to be proactive in helping us mitigate these fires,” added Urias.

“Those embers, especially in the homes, can be blatant, hidden and they can take several days and several hours for those to appear as potentially being another fire,” said Sherwood.

Fire officials say that too often, fires are started by accident and taking simple steps like mowing the lawn after 10 am to avoid rock strikes could make a difference.