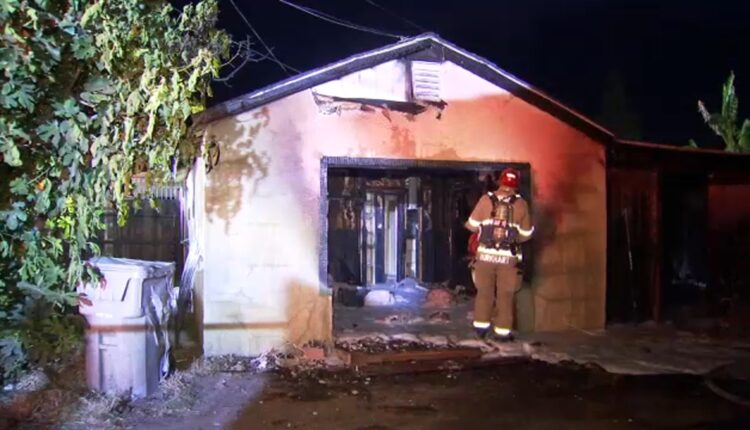 Fresno, Calif. (KFSN) — A fire investigator is working to determine what caused a home to go up in flames in central Fresno.

Firefighters were called just before 12:30 am Friday to Clinton Avenue and First Street.

Two homes were on the property, but the flames were coming from the second home in the back.

Crews were told there were people inside the burning home, but after a search, they found it was empty.

“It appears it has been occupied by someone, maybe a couple someone reported, but they weren’t here tonight,” said Fresno Fire Battalion Chief Tony Escobedo.

The flames threatened power lines above the house. Firefighters were able to prevent them from being damaged.

Fire officials said crews have previously responded to the front home on the property.

Stockton speaks out against gun violence