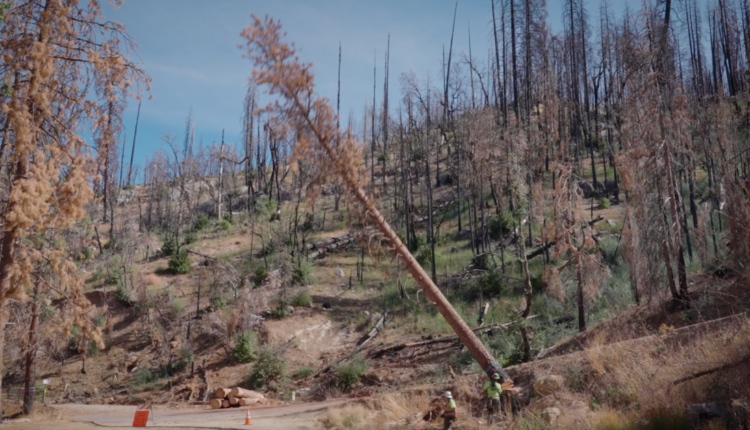 A Fresno County forestry group has been honored as one of the top forest management organizations in the state.

The California Board of Forestry and Fire Protection recognized the task force for its leadership in helping safeguard Fresno County with wildfire prevention and protection work.

Quigly was honored for 39 years of service as a firefighter and fire coordinator.

“The Board is very pleased to honor the Fresno County Tree Mortality Task Force and Darin Quigly this year for their work in helping to make California a safer place in the face of climate change and wildfire threats to lives, communities and critical infrastructure,” board chair Keith Gilless said in a statement.

“As California faces longer fire seasons and third conditions, putting communities at increased risk, these recipients serve as models for others looking to move the needle on wildfire issues in meaningful ways.”

The task force was established in 2015 to respond to widespread bark beetle-related tree mortality throughout Fresno County.

The group of agencies and cooperators that comprise the task force set to remove dead and dying trees within 200 feet of county highways, community public and private roads and evacuation routes.

Things came to a head in 2020 when the Creek Fire broke out, resulting in one of the largest wildfires in state history.

The Board of Forestry and Fire Protection said in a press release that the work of the Fresno County Tree Mortality Task Force kept the Creek Fire from being even worse. Ingress and egress routes remained open, power outages were minimal, fire suppression and structure protection were enhanced, fire progress was limited in treated areas and emergency response efforts were boosted because of the task force.

Recently, the task force transitioned to become the Fresno County Forest Health Task Force, which will continue the same public and community safety efforts by promoting long-term actions that will improve forest health, public outreach and education and cooperative planning.

Throughout Quigley’s career he has worked for Cal Fire, the US Forest Service, local government and the College of the Siskiyous.