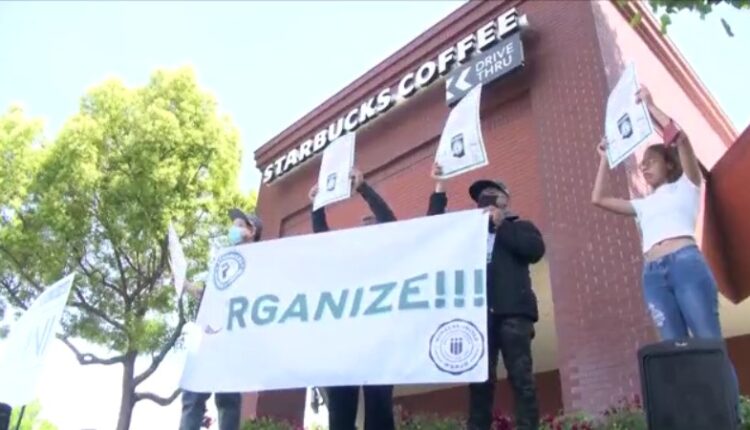 Fresno, Calif. (KSEE/KGPE) – The Starbucks store on Herndon and Marks Avenues in Fresno is the first location in the San Joaquin Valley to file for a union election.

“They want to have respect and dignity. They want to be able to have a contract where all the benefits are part of that,” said Maria Rivera, the regional manager for Workers United.

More than 100 Starbucks locations nationwide, 19 of them in California, have filed for union elections. On Wednesday, two locations in Santa Cruz held their elections and became the first stores in the state to unionize.

“That was the most amazing news…just to see their faces, that they accomplished something so incredible. It makes me very proud,” Rivera said.

Employees cite low pay, dangerous working conditions, and inconsistent benefits as reasons why they want to unionize. Fernando Hernandez, the local lead organizer for unionization, said some employees were given hazard pay during surge points in the COVID pandemic, but those were taken away.

“They had benefits that lasted a few months or a few weeks, and then were taken out,” he said.

Starbucks did not confirm or dispute that claim, but did respond with a statement saying, in part:

“We’ve been clear in our belief that we are better together as partners, without a union between us, and that conviction has not changed… We respect their right to organize and will bargain in good faith.”

Employees at the shop trying to unionize also cite a violent stabbing that took place in the parking lot in November.

“There was no manager that showed up that day to support the team that was here. We were locked inside of the store waiting to see what happens,” one employee said.

A union election has not yet been decided for the North Marks Avenue location because negotiations are still taking place. Two union elections will take place in Los Angeles County on Friday, May 13.