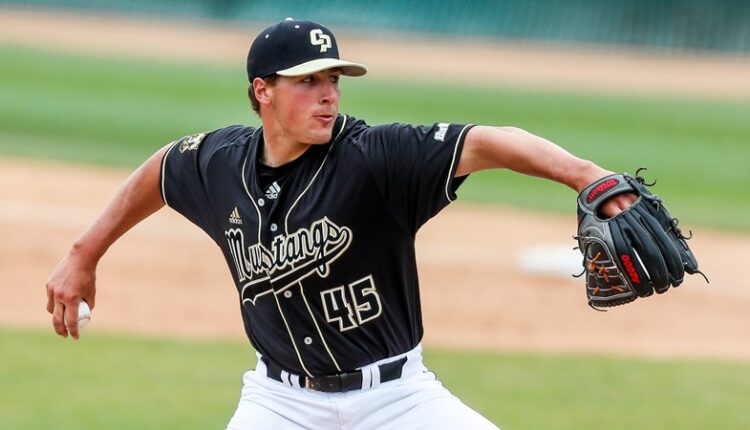 Trailing 5-2 in the ninth, Cal Poly loaded the bases on a single, a Bulldog error and a walk. Taison Corio’s infield single with two outs scored Collin Villegas, but Cooper Bergman notched his second strikeout of the inning for his fifth save.

Fresno State, an 8-4 loser to Cal Poly on Feb. 22 at Baggett Stadium, improved to 23-22 with Tuesday’s win while Cal Poly suffered its sixth straight loss, falling to 24-20.

The Bulldogs scored a run in the second inning on Josh Lauck’s 10th home run of the year and made it 4-0 in the third on a two-run home run by Andrew Kachel and an RBI single by Ivan Luna.

Cal Poly trimmed the deficit to 4-1 in the fifth as Matt Lopez doubled and Reagan Doss singled with a succeeding throwing error allowing Lopez to score.

Fresno State restored its four-run advantage, 5-1, on Kachel’s second home run of the game and 10th of the season.

Brooks Lee led off the sixth with a home run to right-center field, his ninth of the year and 40th RBI, as Cal Poly closed to within 5-2, setting the stage for the ninth-inning rally that fell one clutch hit short .

Villegas and Joe Yorke each had two hits for Cal Poly — Yorke extending his hitting streak to 10 games with a first-inning single — and Doss also went 2-for-4.

Tile and Luna both had two hits for Fresno State.

Cal Poly, swept by CSU Bakersfield in a four-game series a year ago, is third in the Big West at 11-7 while the Roadrunners, who lost two of three games at CSUN last weekend, are tied for seventh place with UC San Diego at 9-9.

What’s Next if ‘Roe v. Wade’ Falls? More Than Half of States Expected to Ban or Restrict Abortion