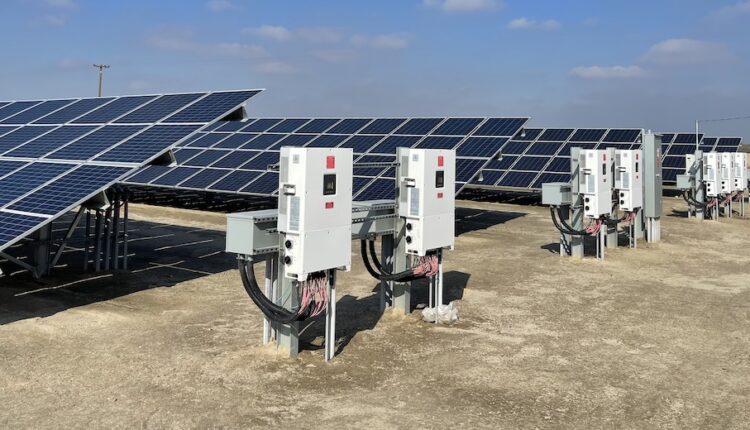 Cameron Moors, CEO of what was SunHarvest Partners, said for Sol Systems to acquire his company, he needed to shore up loyalty among his clients — growers in the Central Valley. Sol Systems is from Washington, DC

Moors said that the compliance piece of his renewable energy credits business became difficult to keep up with, and Sol Systems has more bandwidth to handle the ever-changing regulations.

The business started out as a cutting-edge way to promote green energy by selling low carbon fuel standard credits. It helps owners of large-scale solar installations, electric vehicle fleets and hosted EV chargers to optimize their return on investment.

After making the jump to solar or electric vehicles, SunHarvest Partners helps monetize the environmental credits that are produced from these energy efficient sources.

The acquisition comes as regulations become more stringent compared to when the business first began operating. Until 2019, these energy credits were only symbolic. Businesses could buy the credits and make the claim they are renewable energy efficient.

Jeff Miller, senior director of environmental commodities at Sol Systems, said SunHarvest Partners was attractive on a variety of fronts, but mainly because it was looking to expand across the country.

“We’re looking to grow. Where they had a presence in California was very attractive to Sol Systems and our team,” Miller said.

Miller remarked that SunHarvest has a longstanding history of relationships in its market. The change came at the right time for both parties.

The renewable energy credit (REC) value was negligible years ago, but as the value has increased, the systems can produce extra value for the owners, Miller said.

“All things in California lead to water,” Miller said. “Some of that relates to the fact that the water table is so much lower, so there are much higher pumping costs for these farmers.”

He says it’s made growers earlier adopters of solar to offset the higher electricity bills.

Sol Systems will serve as operations management, offering a more automated system for customers. It offers an administrative panel where customers can log in and see their credit production. In the past, the process was done via email.

Jeremiah Seng and Kevin Flanagan have been part of SunHarvest Partners but will now be fully immersed in their own business, ThinkWire Energy Services.

“Quite frankly the opportunities that we have with ThinkWire were growing and our time is getting more and more limited in terms of the ability to do both effectively,” Seng said.

Seng said they spent two years building the company and when Sol Systems came along, it was a good fit.

“We figured Kevin and I could focus more on things that were pulling us in other directions, and Cameron could continue to grow the REC business with a stronger back office and a bigger organization behind him. So it seemed like a win-win,” Seng said.