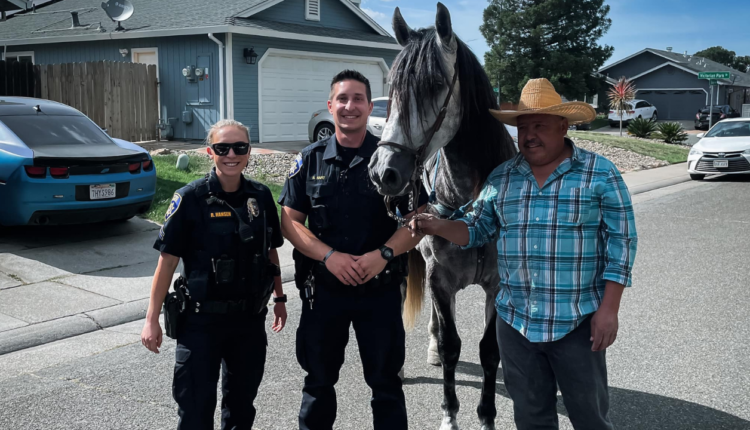 The horse was running on the road northbound on Oak Avenue near A Street.

When the officers were unable to capture him on foot they began to pursue the horse in their patrol vehicles.

Eventually, the horse was captured safely and returned to its owner.

No one was injured during the incident.