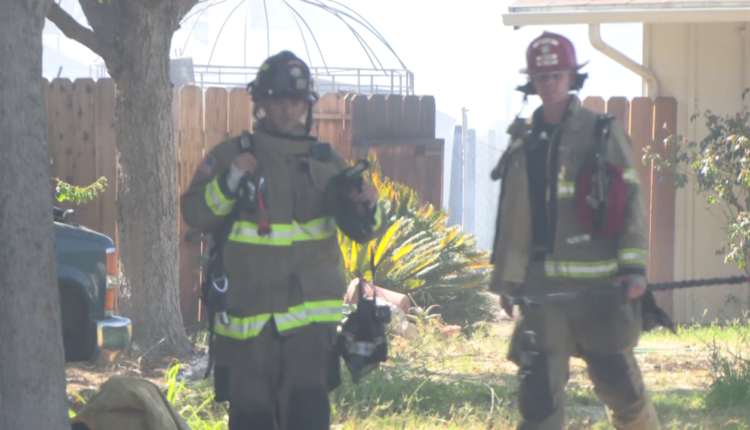 FRESNO, Calif. (KSEE/KGPE) – A fast-moving grass fire spread to several homes in a neighborhood on Saturday afternoon, according to the Fresno Fire Department.

Around 3:15 pm, firefighters were called out to the area of ​​Ashlan and Lafayette avenues for a report of a grass fire in the front yard of a home.

When firefighters arrived, they found several trees on fire and the wind was driving the flames toward nearby homes.

Officials say the fire spread to five homes, causing damage to the exteriors and attics.

Over 60 firefighters worked to contain the intense flames in the triple-digit heat.

Nobody was injured in the fire.

The cause of the fire is still under investigation.