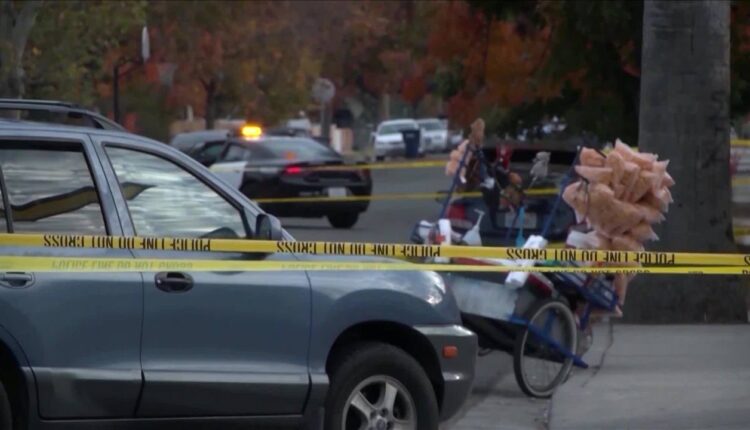 The group was formed in 2021 to protect and provide street vendors with resources after a string of attacks last year, including the murder of Lorenzo Perez.

“One of the challenges for them is not having a certified, community commercial kitchen that’s accessible to them,” said Genoveva Islas, executive director at Cultiva la Salud, a public health advocacy organization working with the association.

On Thursday, vendors met with the nonprofit to plan for a commercial kitchen under a project they’re calling Hecho en Fresno, or “made in Fresno”.

“The kitchen would make it easier for us to cook there,” said Miguel Angel Ruiz, a member of the Street Vendor Association.

Last year, the City designated a building on H Street behind Chukchansi Park for this effort.

“And that building would house the kitchen, what is known as a food hall, which is sort of a cafeteria where vendors could set up micro restaurants inside of it,” said Islas. “It would also include an aggregation station, and that would bring in fresh produce from local small farmers in order to be sold directly to the community, to be incorporated with the vendors that are preparing food there, or also to supply institutions like school districts , or hospitals.”

Islas said the kitchen will be essential because it will help vendors comply with environmental health regulations.

Ruiz said many of his colleagues hadn’t applied for permits yet.

Cultiva la Salud is working with the city and other organizations to draft a $20 million federal grant proposal, which would fund the community kitchen as well as other resources. The proposal is expected to be finished in March.

Islas said they’re also planning on providing a pathway for vendors who may want to own a restaurant down the line, as well as workshops on filing for taxes, and bike safety.

Councilmember Luis Chavez said the City is also working to allocate federal American Rescue Plan Funding (ARPA) for food vendors under a small business assistance program awaiting budget approval. The council will discuss the item at its meeting on Feb. 10. Chavez said he plans to meet with the association after the funding is secured.

Ruiz said vendors are eager to meet with the City again, as safety concerns are still on top of mind.

“We’d like to ask about getting cameras for our carts, or an alarm to scare off attackers,” he said.

The City hasn’t hosted a workshop with the association since last summer, but they’ve provided PPE and pepper spray in recent months.

Chukchansi Park getting major upgrade ahead of Fresno Grizzlies 2022 season