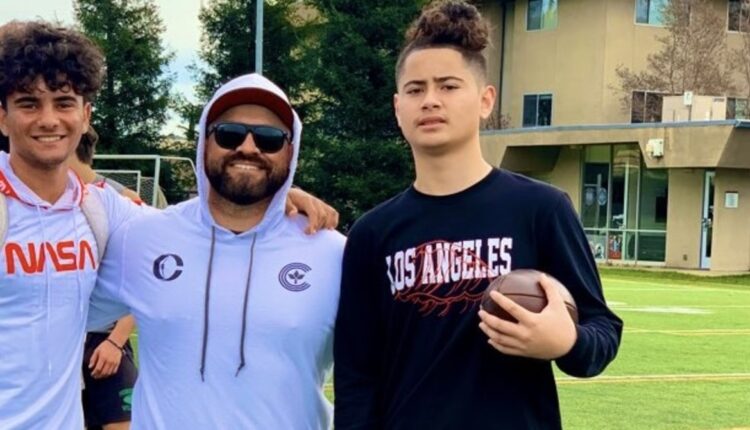 Maealiuaki Smith has just 46 high school passes under his belt, but he’s up to eight scholarship offers.

As he sticks his toe deeper in the football waters, the 6-foot-4, 200-pound quarterback from Junipero Serra High in Sacramento will soon see both numbers on the rise.

The University of Washington apparently has seen enough to make a move. Late Friday night, Smith revealed on social media that the Huskies have offered him a scholarship as he heads into his junior season.

With a big arm to go with his sizable frame, this kid from California’s state capital is drawing increasing attention based on his vast potential. Besides the UW, he holds offers from Florida State, Louisville, Kentucky, San Jose State, UNLV, Arizona and Colorado.

Last fall, Smith handled the backup quarterback chores for an 11-2 Serra Padres team, appearing in four outings in relief. He completed 4 of 13 attempts for 52 yards.

As a freshman, he played in a delayed spring season because of the pandemic yet at another Sacramento high school, Inderkum. He drew a couple of starts as a freshman, completing 19 of 33 passes for 353 yards and 3 touchdowns.

Smith has a scholarship offer for every five-plus passes. Expect both numbers to multiply fairly quickly over the coming months.

Go to si.com/college/washington to read the latest Husky FanNation stories as soon as they’re published.

Not all stories are posted on the fan sites.