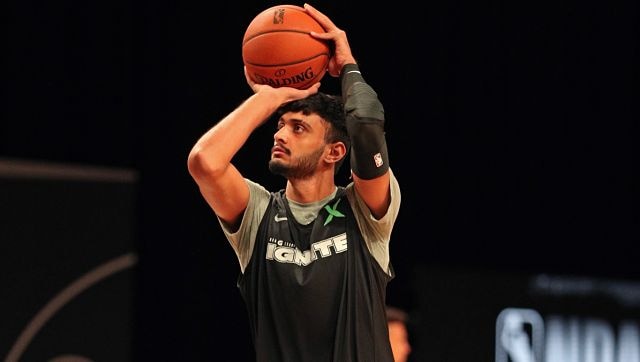 Princepal Singh had spent last season with the G League Ignite, a unique team that the league set up for those interested in drafting. He did not take part in the NBA draft, but sought more playing time in the G League.

Princepal Singh shoots the ball during Ignite practice this February at the AdventHealth Arena in Orlando, Florida. NBAE via Getty Images

Indian Princepal Singh, nicknamed “Next Big Singh”, will play another season in the NBA G League after being drafted by Stockton Kings on Saturday. Princepal was the fifth pick in the third round of the G League draft.

Stockton Kings are the G League daughter of the Sacramento Kings, which belong to the Indian-American Vivek Ranadive. The Kings had come to India with Indiana Pacers in 2019 to play two exhibition games called the NBA India Games.

The Indian basketball player spent last season with the G League Ignite, a unique team that the league set up for those interested in drafting. Ignite was founded by the NBA as an alternative path for promising teens who choose to spend a year in college. Some of Princepal’s teammates at Ignite have moved to the NBA this season. Jalen Green was voted second overall by the Houston Rockets, Jonathan Kuminga was drafted seventh by the Golden State Warriors, and Isaiah Todd was selected in the second round (31st overall) by the Milwaukee Bucks.

In his debut season in the G League, Princepal only came on for 25 minutes (in four appearances). In these minutes he collected nine points and got four rebounds. After the end of the G League season, Princepal had trained with Elevate X for some time. He was part of the Sacramento Kings squad that won the NBA Summer League title.

Princepal was also eligible for the NBA draft, but chose to skip it.

About his decision to skip the NBA draft, Princepal had told Firstpost: “I felt that the time was not right. I also consulted with my agent before making the decision not to participate in this year’s draft. He told me that it would be better for my career if I got a competitive season in the Summer League and G League first. I need more experience. More playing time. I have to get better The goal for me is to get my body in shape and to concentrate on the skill work. I need to improve.”

Before Princepal, two other Indians – Satnam Singh and Amjyot Singh Gill – played in the NBA G League. Palpreet Singh was about to play in the G League after being selected by Long Island Nets (11th in the fourth round of the draft in 2016). However, he was fired from the franchise.

Amjyot was selected as 103rd overall pick by OKC Blue, a subsidiary of Oklahoma City Thunder.

LIVE: Seagulls, Stockton out and about in San Diego