Is It Time to Change the Definition of ‘Fully Vaccinated’? 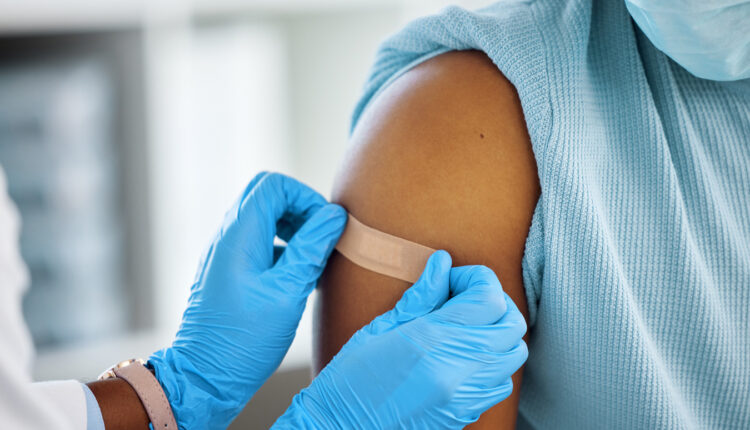 As more indoor venues require proof of vaccination for entrance and with winter — as well as omicron, a new covid variant — looming, scientists and public health officials are debating when it will be time to change the definition of “fully vaccinated” to include a booster shot.

It’s been more than six months since many Americans finished their vaccination course against covid; statistically, their immunity is waning.

At the same time, cases of infections with the omicron variant have been reported in at least five states, as of Friday. Omicron is distinguished by at least 50 mutations, some of which appear to be associated with increased transmissibility. The World Health Organization dubbed it a variant of concern on Nov. 26.

The Centers for Disease Control and Prevention has recommended that everyone 18 and older get a covid booster shot, revising its narrower guidance that only people 50 and up “should” get a shot while younger adults could choose whether or not to do so. Scientists assume the additional shots will offer significant protection from the new variant, though they do not know for certain how much.

“The definition of ‘fully vaccinated’ has not changed. That’s, you know, after your second dose of a Pfizer or Moderna vaccine, after your single dose of a Johnson & Johnson vaccine,” said the CDC’s director, Dr. Rochelle Walensky, during Tuesday’s White House briefing on covid. “We are absolutely encouraging those who are eligible for a boost six months after those mRNA doses to get your boost. But we are not changing the definition of ‘fully vaccinated’ right now.” A booster is recommended two months after receiving the J&J shot.

But that, she noted, could change: “As that science evolves, we will look at whether we need to update our definition of ‘fully vaccinated.’”

Still, the Democratic governors of Connecticut and New Mexico are sending a different signal in their states, as are some countries — such as Israel, which arguably has been the most aggressive nation in its approach. Some scientists point out that many vaccines involve three doses over six months for robust long-term protection, such as the shot against hepatitis. So “fully vaccinated” may need to include shot No. 3 to be considered a full course.

“In my view, if you were vaccinated more than six months ago, you’re not fully vaccinated,” Connecticut Gov. Ned Lamont said Nov. 18 during a press briefing. He was encouraging everyone to get boosted at that time, even before the federal government authorized extra shots for everyone.

New Mexico Gov. Michelle Lujan Grisham had a similar response in mid-November, saying she defined “fully vaccinated” as receiving three shots of the mRNA type. She also opened up booster eligibility to all of her state residents before the CDC and Food and Drug Administration did.

What do the varying views on the evolving science mean for vaccine requirements imposed on travelers, or by schools or workplaces? And what about businesses that have required patrons to provide proof of vaccination?

Dr. Paul Offit, director of the Vaccine Education Center at the Children’s Hospital of Pennsylvania, said the CDC’s stronger recommendation for everyone to get boosted signals to him that a booster is now part of the vaccine regimen. Yet Offit, who is also a member of the FDA’s vaccine advisory committee, wrote a joint op-ed this week in which he and two other scientists argued that boosters were not yet needed for everyone and that healthy young people should wait to see whether an omicron-specific booster might be needed.

“I think when the CDC said they are recommending a third dose, they just made the statement that this is a three-dose vaccine series,” Offit told KHN. “And, frankly, I think it’s going to throw a wrench into mandates.”

Yet to be determined is whether restaurants or other places of business will look more closely at vaccine cards for the booster.

Dr. Marc Siegel, an associate professor of medicine at the George Washington School of Medicine and Health Sciences, said the question of whether you are fully vaccinated with just two doses or need a booster is a question of semantics. Covid immunity level is the more important issue.

Siegel said he thinks more suitable terminology would be to call someone “appropriately” or “adequately” vaccinated against covid rather than “fully” vaccinated, since it’s possible that more boosters could be needed in the future — making “full vaccination” a moving target.

But, as with so many aspects of the pandemic, ambiguity prevails — both in federal guidance on the definition of “fully vaccinated” and in entrance policies, which vary by state, school and business.

Right now, businesses don’t appear to be checking for boosters, but that could change. So, it may be wise to first check the requirements — lest patrons present a two-shot vaccine passport, only to be turned away as inadequately protected.