João Raposo Modesto from Rumford dies at the age of 82 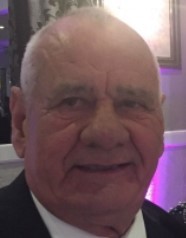 He was the husband of the late Maria Conceicao (Ventura) Modesto and also the late Leonor Modesto.

Joao served in the maintenance division of Northeast Cable Company for over 35 years before retiring.

He had lived in East Providence since 1972 and was from Portugal. He was a parishioner of St. Francis Xavier Church and loved gardening, fishing, and spending time with his family.

He is buried in the Gate of Heaven cemetery in East Providence.

Relatives and friends are invited.