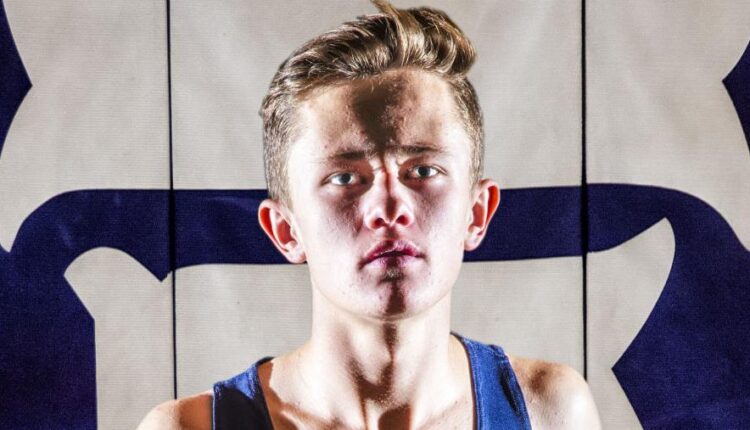 TWIN FALLS – For Stockton Stevens, goals are the be-all and end-all.

Stevens started his junior cross-country season at Twin Falls High School with a few to-do items. The first was to break 16 minutes in the 5K run. The second was to be in the state’s top 5, a steep jump from his 22nd place in his sophomore year.

In formulating his goals, Stevens recalls the results of last year’s state championships. He knew he had 10 seniors ahead of him, which of course should move him up the rankings the following season if he stayed where he was.

He logged numerous workouts over the summer. It started at 30 miles a week, slowly built up every three weeks from there until it finally ended at 45 miles a week.

“We wanted to build a base … my aerobic capacity. That’s how effectively I use oxygen while running, ”he said.

When the season started, Stevens was faster than ever.

The results were immediately apparent.

Last year Stevens’ personal record was 16:45. At halftime this season he already scored 15:26. That’s more than a minute less than his personal record.

But that wasn’t the only achievement he achieved in his new era.

On October 13th, Stevens set a new school record for the 5K at the Bugtown Invite. A record that no other student has even come close to breaking in the 10 years he has stood.

“When I went into this race I didn’t think I was going to break the school record,” said Stevens.

His focus was on winning the race. As he rounded the last corner, he saw the watch and realized that a new personal record was within reach, but he also saw the other runner ahead of him.

“There was a kid in front of me and I sprinted as hard as I could to overtake him,” he said.

It was only after overtaking his opponent and crossing the finish line that Stevens bothered to watch his time.

Claiming a place in school history is exciting enough, but beating a record held by someone you admire is a whole different matter.

“The guy who held the previous record, Erik Harris, was always someone I look up to,” said Stevens. “He’s the guy everyone’s talking about. We have a workout named after him and it’s probably the toughest workout of the year. “

Coach Burk remembers meeting Stevens three years ago. She knew he was talented from the start, but she wasn’t sure how much he would blossom in such a short time.

Or how fast he could be, especially when the fate of the race is at stake.

“His nickname is Turbo,” said Burk. “Another 800 meters to walk and roar, he just steps into this corridor that not many children have.”

His athletic skills are vital to the team, but it’s not his only contribution. Burk believes Team Twin Falls’ unity has made it so successful over the past few seasons. She knows Stevens played a huge role in bringing the runners together.

“He’s one of those kids that people flock to,” she said.

Stevens will be the first to recognize his teammates’ contributions to his development as a runner. As he explained, he would not have made it this far without the runners by his side.

“When you have teammates to push you are all better,” he said. “My teammates are making me excited about coming to training.”

Stevens is already looking ahead to the next season. He has no plans to play basketball this year so he can focus on running. He wants to get a scholarship and run in college, but to do that he’ll need to improve his times in both athletics and cross country.

A task he is more than up to.

His new goal for next year is to become 4A national champion. As Idaho Falls moved down a league, that goal only got tougher.

Luke Athay, a sophomore at Idaho Falls High School, is the current 5A state champion. He ran a time of 15: 19.77 at the state meeting.

Stevens already sees Athay as his main competitor for the next season. It is an obstacle that he openly welcomes.

“It’s good to have someone like that who really challenges you,” said Stevens.

But despite his own interests, Stevens’ main goal is an overall win for Twin Falls.

“I want us to grow as a team,” he said. “Ultimately, cross-country skiing is a team sport and that’s what I love about it. I don’t know how high we can get, but I’m definitely thinking about the team coming up next year. “

Given the growth that Burk has already seen at Stevens, she is confident that he can achieve everything he set out to do.

“Whatever his goals, because he’s so motivated, I don’t think anything can stop this kid,” she said.

Weekly straight to your inbox!

Run to Feed the Hungry Set for Thanksgiving Day in Sacramento

Stockton Sparkles: Huge crowds join in the festive fun of turning on the Christmas lights