Lakers: Mark Jackson More Likely to Be Hired by Sacramento than LA – All Lakers 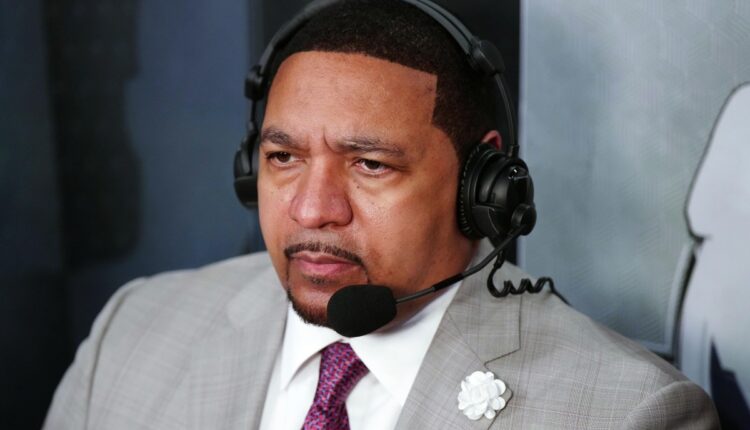 The Los Angeles Lakers are without a head coach and have interviewed a few candidates, including former Golden State Warriors head coach, Mark Jackson. However, they may not actually be able to offer him the job in time if that ends up being their plan. Jackson also interviewed for the head coach job with the Sacramento Kings.

According to Mark Stein from The Stein Line, the Kings will most likely get the chance to hire Jackson before the Lakers.

The Los Angeles Lakers remain in the early stages of their hunt for a new coach. The Sacramento Kings, meanwhile, appear to be closing in on a hire.

However, Stein also mentioned that the former head coach apparently is not represented by any agency or agent.

Jackson is not, as frequently reported, represented by Klutch Sports or any other NBA talent agency.

Although the former head coach is not represented by anyone now, he was in the past and continues to have good relationships with his old agency, according to Stein. This is crucial considering he is being looked at for multiple head coaching jobs. Stein also said that there is more support for him going to the Lakers.

Jackson was indeed a Klutch client in the past and, sources say, maintains a strong relationship with Klutch CEO Rich Paul, whose foremost client, of course, is the Lakers’ LeBron James. There is undeniably a level of support within the Klutch camp for Jackson’s candidacy with the Lakers, but Jackson’s chances of finally getting another NBA coaching shot after an eight-year wait are much stronger with Sacramento.

Mark Jackson has a few promising options, but there is not a lot proving that he will make his way to LA. After coaching for the Warriors, he could have some insight that the Lakers need, but the Kings might get to it first.