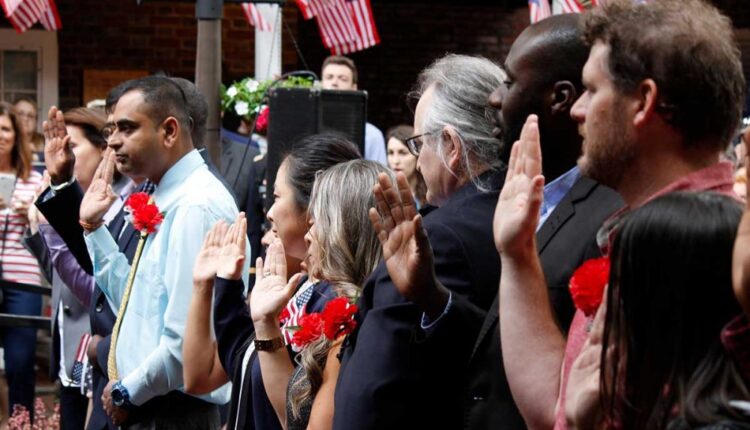 The numbers show that few of Fresno County’s eligible immigrants become naturalized citizens. This is due to civil, social, educational and economic challenges.

“I was so grateful because they gave me the assurance that if others can, I can too. “ – Marcia Garcia

However, Maria Garcia found a way out with the help of the New American Legal Clinic of the San Joaquin College of Law and their free services.

“Becoming a US citizen has been a goal in life and one of my greatest dreams, but sometimes family and friends put obstacles in our way that make it difficult to get ahead,” said Garcia.

“A friend from work gave me the business card (from attorney Linda Barreto) and they were so helpful from day one to the last moment. I was so grateful because they gave me the assurance that if others can, I can too. ”

A woman’s trip to America

The 47-year-old’s journey from Mexico to the United States was not easy. Arriving 30 years ago at the age of 18, Garcia married young and became a legal permanent resident with the help of her husband.

For the past 25 years, Garcia says, it was fear that kept them from applying for US citizenship. Fear of not mastering the English language, fear of not knowing enough, fear of circumventing the law, and most of all, fear of her husband.

“When I first got married, my husband applied for US citizenship and I also wanted to go to school to learn English and become a US citizen,” said Garcia. “I wanted so much to improve and have the right to vote, but my husband did not support and insult me. I suffered from domestic violence, both physically and verbally, for 25 years. “

Garcia says her story is one of tragedy, heartbreak, loss and triumph. She realized that she wanted a better life for herself and her three children. She slowly found the courage to leave her abusive husband.

Two years ago, Garcia fled the abusive home with her 10-year-old daughter in her arms. Her refuge: moving in with her parents, both of whom were battling cancer.

Garcia says that through many years of abuse, life gave her the courage to become a US citizen.

In March, Garcia was naturalized and attended an individual ceremony where she received her U.S. citizenship certificate.

Critical to their success was their use of SJCL’s New American Legal Clinic in Clovis.

“There are many women like me I work and speak with who also want to become US citizens, but not because they fear not knowing enough or not being able to pass the naturalization test. I let them know that anything is possible, share my story with them and explain to them that if I can live it in an abusive relationship, they can too. “ – Maria Garcia

She studied day and night and stopped watching TV or listening to music while caring for her sick parents, preparing lunch for her children, and getting involved in a divorce battle.

“There are a lot of women I work with and speak to who want to become US citizens, like me, but not because they fear not knowing enough or failing the naturalization test,” Garcia said. “I let them know that anything is possible, share my story with them and tell them that if I can live it in an abusive relationship, they can too.”

Garcia takes small steps forward. Her goals are to complete her divorce, master English, get her GED, and save enough money for her own apartment.

“This is a country with many opportunities, where we have many rights, and we have many more rights when we become US citizens,” said Garcia. “That’s why it’s always been my dream, I look at my testimonial and I can’t believe it. I thank God and the ladies at college for all of their help,” Garcia said. “He (her husband) cut off my wings and now I can finally fly.”

In this file photo dated September 20, 2017, family members greet their relatives as new U.S. citizens after taking the citizenship oath during the naturalization ceremony at a US Citizenship and Immigration Services (USCIS) ceremony in Los Angeles. A growing number of Americans say immigration should stay the same or increase. This is evident from the General Social Survey, which has also found a growing partisan divide on the issue. The poll shows that 34% of Americans want immigration to be reduced, up from 41% in 2016. This is the first time since asking this question in 2004 that more Americans want immigration to stay the same rather than decrease. (AP file)

Related story: Bloomberg: US would benefit from more, not less, immigrants

While many immigrants like Garcia face significant challenges in becoming US citizens, those barriers reflect naturalization numbers, which have been falling steadily for several years. In 2019, according to the latest data, 2.3 million California residents were eligible for naturalization. At least 189,965 live in six Central Valley counties.

This was shown by a study by Boundless Fresno County has the second lowest rate of eligible people applying for naturalization in the country. The study also suggests that there were 54,000 eligible immigrants in Fresno County in 2017, and only 4.8% became U.S. citizens that year.

The valley’s population is ethnically diverse, 22% of the population were born abroad and 45% speak a language other than English as their first language.

Barriers for immigrants to apply for citizenship

Certain obstacles make it difficult for many green card holders who have lived in the United States for many years to apply for citizenship. 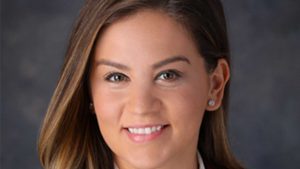 Linda Barreto, an attorney at San Joaquin College of Law and director of NALC, helped Maria Garcia provide the tools she needed to become a US citizen. (Photo via SJCL)

Barreto outlines the three most important reasons why ideal applicants should extend the naturalization process.

For many, it can be financially costly, with some cases ranging from $ 2,000 to $ 4,000. Barreto said those with a criminal history or previous deportations sometimes need more financial and legal assistance.

Another barrier is language. To become a US citizen, you must be able to speak, read, and write basic English and pass a citizenship test.

So a lack of education can play a big role. Undocumented immigrants are often afraid of what they don’t understand.

“A lot of people don’t understand what the difference between a citizen and a resident is and they don’t know how to start the process,” said Barreto. “You are being intimidated by legal proceedings.”

To combat fears and financial and legal pressures like Garcia’s, the Fresno Adult School and Legal Clinic have partnered to receive grants from U.S. citizenship and immigration authorities.

This year, with a $ 250,000 grant, SJCL will enable a minimum of 240 free naturalization applications for legal permanent residents. This scholarship also funds citizenship and English classes at Fresno Adult School.

Like many other things, the COVID-19 pandemic affected those hoping to become naturalized citizens. The result: fewer naturalized people in 2020 than in previous years.

“On the ground, however, our Fresno office was actually pretty good, and we’ve seen interviews, but they’ve been backing up since COVID,” Barreto said. “So I used to see interviews between four to six months from the filing date, and now they’re over a year and it’s not surprising because everything is safe because of COVID.”

The offices remained closed, paperwork was processed more slowly, and many interviews were delayed.

Eligibility to Become a U.S. Citizen

Applicants must meet all of the eligibility requirements set out in the Immigration and Nationality Act (INA) to apply for naturalization.

How do you apply for citizenship?

Eligible applicants must submit an N-400 form, which can be completed online.

After submitting the N-400 form, applicants will have the opportunity to speak to a USCIS officer.

How to find help

If you or someone you know is a victim of domestic violence, visit the Marjaree Mason Center.

Will it be high speed? – CBS Sacramento