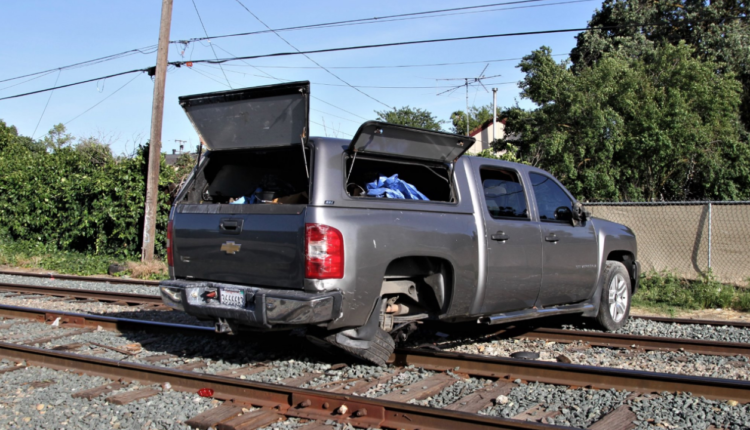 SAN JOAQUIN COUNTY (CBS13) — On Thursday, deputies were led on a 24-mile vehicle pursuit that ended with the suspect being arrested in Stockton, said the San Joaquin County Sheriff’s Office.

Around 3:45 pm, deputies were investigating a commercial burglary on North Jack Tone Road in the easter region of San Joaquin County when they say they saw a vehicle trespassing on the property.

The driver was in a Chevy pickup truck when deputies saw him make a rapid u-turn on the property that was off-limits to the general public.

When deputies initiated a traffic stop, the driver of the pickup did not yield, leading them on a long pursuit.

Deputies chased the suspect on a 24-mile-long pursuit through rural eastern San Joaquin County back into east Stockton. At that point, the driver drove onto railroad tracks near Roosevelt Street, damaging the wheels of the pickup truck.

The suspect got out and ran but deputies caught up to him. The man, 48-year-old Scott Hernandez of Stockton, was taken into custody without further incident.

During the pursuit, Hernandez allegedly caused two car accidents. Neither of the drivers was seriously hurt.

Hernandez was also seen by witnesses tossing a bag containing 30 grams of methamphetamine out of his window while driving. The bag was later recovered.

Hernandez was booked into jail on multiple felonies relating to the pursuit and drugs, as well as a no-bail felony warrant for vehicle theft, firearms, and drug charges.