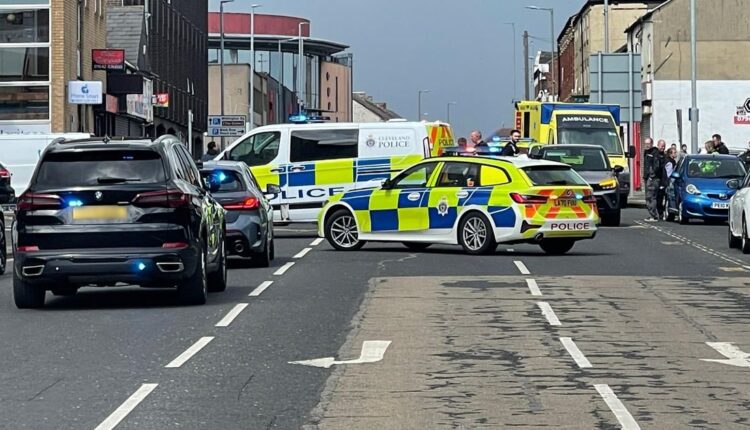 A pedestrian has been rushed to hospital following a collision with a vehicle on a busy Stockton road.

Emergency services descended upon Prince Regent Street, Stockton, after a man was hit by a car at around 1.30pm on Wednesday. A huge emergency response was present at the scene, with both police and ambulance crews visible.

Cleveland Police has confirmed that officers attended the scene, and The North East Ambulance Service sent a clinical team leader, rapid response paramedic, and a double crewed ambulance. A male patient has since been taken to hospital.

A spokesperson for The North East Ambulance Service said: “We were called at 1:28 p.m. to a road traffic collision between a car and pedestrian on Prince Regent Street, Stockton.

“We have dispatched a clinical team leader, rapid response paramedic and a double crewed ambulance. A male patient has been transported to North Tees Hospital.”

A Cleveland Police spokeswoman added: “Police were called at 1.30pm today to a report of a collision involving a car and a pedestrian on Prince Regent Street, Stockton. Officers are in attendance.”

Read updates on this incident here.