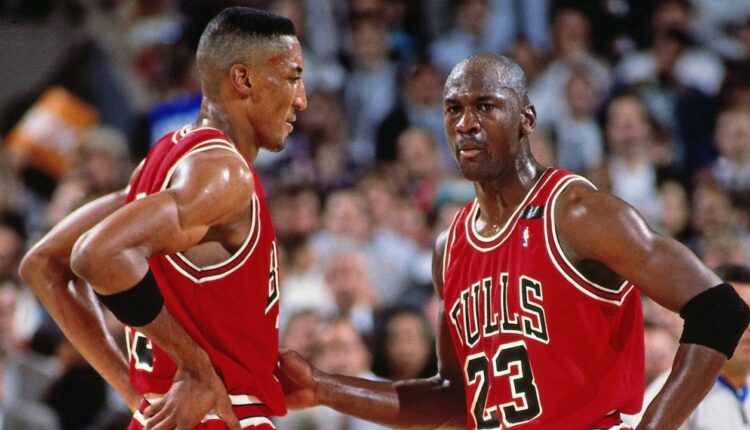 Fans are happy the Utah Jazz lost to Michael Jordan and Scottie Pippen in ’97 and ’98. Especially after John Stockton’s most recent actions!

In 1997 and 1998, the Chicago Bulls won their fifth and sixth NBA Championships. The Bulls triumphed over the Utah Jazz under the leadership of Michael Jordan and Scottie Pippen.

The dynamic duo of Jordan and Pippen took the fight to Utah, which had its own dynamic duo in Karl Malone and John Stockton.

The Bulls-Jazz rivalry was one of the greatest rivalries of the 1990s and NBA history in general. It perhaps even had the greatest title winner of all time, when MJ won it all in ’98.

#TDIH 1998, Michael Jordan hits the game-winner to put the #Bulls up 87–86 with 5.2 seconds left in game 6 against the Utah Jazz, clinching #Chicago’s 6th #NBA title in 8 seasons. #Chicago #TheLastDance pic.twitter.com/VT9JUhE7re

So read: ‘Michael Jordan and LeBron James didn’t change the game, but Stephen Curry did’: Colin Cowherd emphatically snubs two NBA GOATs when speaking about the impact they had on basketball

The shot was heard all over the world and sparked a lot of debate. Specifically, on whether or not Michael pushed off the defender, something that Stockton strongly believes was the case.

John Stockton has been a bit of a controversial figure of late. The NBA Hall of Famer has had some questionable opinions, especially about the COVID-19 pandemic and the vaccine.

However, the most recent controversy surrounding him seems much more drastic. Stockton recently sent out a letter pleading support to his friend’s wife, who happens to be one of the Capitol rioters.

His letter has enraged fans so much that many of them have expressed how grateful they are that MJ and Scottie beat the Jazz back in ’97 and ’98!

So read: “Michael Jordan rubs salt on the wound that I didn’t beat him in college or the NBA”: Patrick Ewing details how Bulls legend would regularly remind him of his misfortunes

Granted, John Stockton is only supporting a friend, but it is histerical to see fans troll the Hall of Famer by showing love for Michael and Scottie.

Bison Pastrami, Anyone? Preschool Assistant Makes Sure Kids Get to Know Indigenous Foods