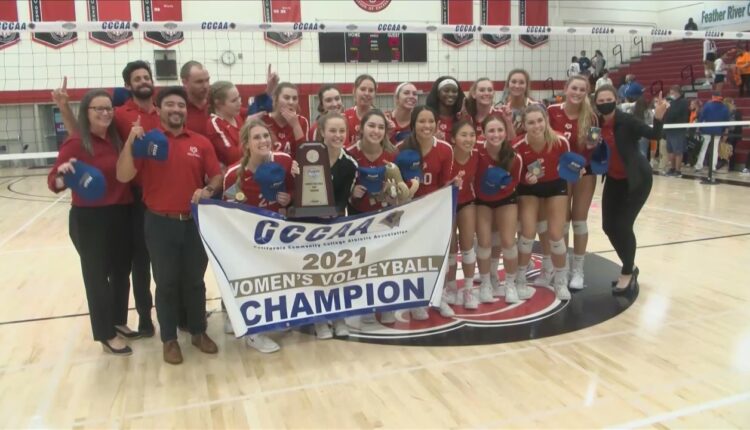 FRESNO, Calif. (KSEE / KGPE) – The Fresno City College women’s volleyball team was close to a state championship Sunday. The Rams, which won their only state title in 2016, had only lost three times that season.

However, two of those losses went to West Valley.

West Valley was the team that got in the way of Fresno City on Sunday, and the Vikings won the first set. But then the Rams won three straight sets and celebrated with the program’s second state championship.

This was won on the Rams’ home court when Fresno City hosted this year’s tournament.

“I’m just really happy for these children. Every year it’s their memories and their experiences, ”said Kieran Roblee, Fresno City head coach. “And that’s why I’m just so happy that you will have these lifelong memories of that experience. It’s just great. “

Outside hitter Lexi Pagani, a freshman to Buchanan High School, had 19 kills and was named the tournament’s MVP.

“Just to get here. Playing Feather (River), playing her since we lost to her this year and taking our revenge back definitely felt good on our home pitch, “she said.

João Raposo Modesto from Rumford dies at the age of 82

“Hope You Can Sleep Tonight”: Fresno residents are disappointed after the…