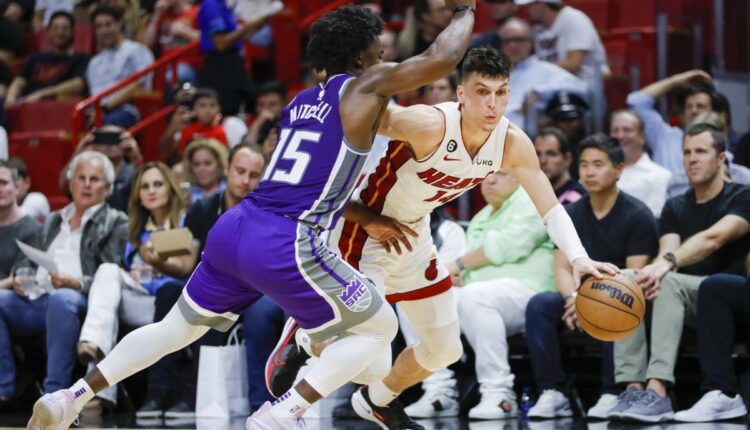 But it led to some controversy. After the game, Kings head coach Mike Brown voiced his opinion on the shot.

“Tyler Herro’s a great player. But at the end, he traveled,” Brown said. “He traveled on the last play and I wouldn’t be doing my job if I didn’t come up here and protect my guys. My guys fought their behind off for close to 48 minutes, and to pump fake on a sidestep, a sidestep or hop, and then one-two and a shot and not make that call, to me, it’s just unbelievable.”

He continued saying, “It’s not why we lost the game, although I don’t think we got a fair whistle,” Brown said. “And I hope when the officials go back and look at the game, they could see it.”

The officials, in fact, did go back to look at the game and confirmed Herro traveled.

“Herro (MIA) ends his dribble by gathering in the air and landing on both feet (although his left lands slightly before his right),” the report said. “When he moves his right foot, he establishes his left foot as his pivot foot, which he then lifts and replaces to the floor before taking his jump shot.”

For a look at some of the latest Heat apparel. CLICK HERE

Cory Nelson is a contributor to Inside The Heat. He attended Northern Virginia Community College. He can be reached at [email protected] or follow him on Twitter @CKenzyNelson

How the Hawaii and Fresno State football teams match up