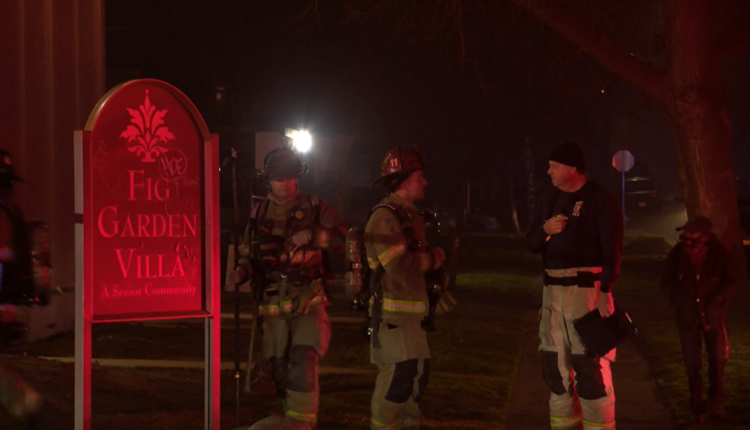 Crews responded to the Fedora and Blackstone Avenue area around 9:00 p.m. to receive reports of a fire in a working apartment at the Fig Garden Villa Apartments.

Upon arrival, firefighters said heavy smoke was coming from a hallway on the first floor of the complex.

According to officers, crews investigating the scene said food had been burning in a pan on the stove, causing a lot of smoke in one of the living units.

Firefighters say a smoke detector alerted other residents of the building to the incident, and about 25 to 30 people sheltered on the spot because of the large amount of smoke.

Linda Wilson and Derrail Hicks were two residents of the building at the time of the fire. Wilson said she and Hicks climbed through a window to get the man out of the smoky room.

“We went around the back and he was like halfway through,” Wilson said. “He [Hicks] jumped in and got him out and dragged him out to get air.”

According to the fire department, no other injuries were reported in the incident. A dog was also in the home at the time of the fire but was removed from the scene.