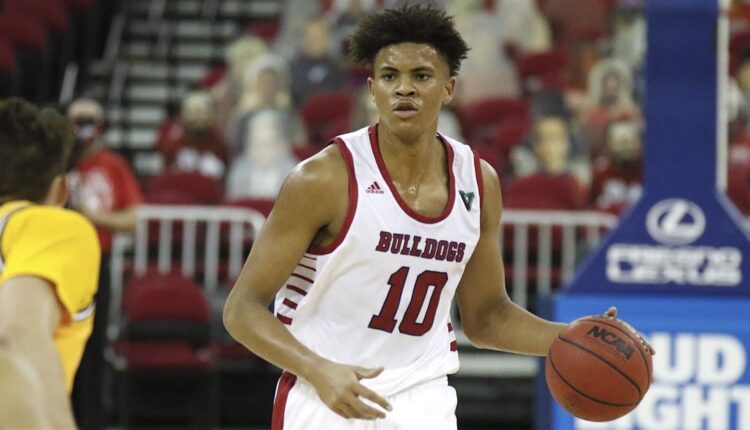 After spending the past month and half mulling his future, Fresno State star men’s basketball player Orlando Robinson has made his decision. Robinson will move forward with the NBA Draft by hiring an agent and before his remaining eligibility.

The development was first reported by ESPN’s NBA Insider Adrian Wojnarowski. Robinson himself came out with a statement later Tuesday night.

“I can’t believe it’s been 3 years already. Just yesterday I remember walking around campus telling myself “I could get used to this.” I am extremely grateful for all of the experiences I have gathered over the years. I’m gonna shout all y’all out so you know how important y’all were to me. First off to the coaching staff. All of the guidance and patience I received from you guys was monumental on my path to becoming a man. To everybody in the academic office thanks for being the supportive and patient with me. I know I can be a lot at times (laughing emoji). To the RedWave thanks for rocking with me since day one. It was a pleasure to perform for you guys every night. To MY DAWGS I’ve had some of my fondest memories playing with you guys. I want y’all to know you got a patna for life, and I’m with y’all til the end of the line ??. With all that being said I will never forget the time I had in Fresno. And to all my homies waiting to get tacos wit me don’t worry I’ll be back soon.

Robinson’s departure comes after three seasons at Fresno State. Last year he also tested the NBA Draft waters but ultimately returned. He had two years of eligibility still remaining at the college level including an extra year due to the COVID-19 waiver.

Robinson averaged a career-high 19.4 points per game this past season to go with 8.4 rebounds, 2.9 assists, 1.2 blocks and 1 steal per game. The seven-footer had three 30-point games and finished his Bulldog career with four straight home wins – including a game-winning shot in his last regular-season game in the Save Mart Center. Robinson was one of the Mountain West’s five First Team All-MW players, along with being named as one of five players on the All-Mountain West Defensive Team.

Robinson was a 3-Star commit for the Bulldogs in 2019, originally from Las Vegas and recruited out of Middlebrooks Academy in Los Angeles. He chose the Bulldogs over offers from Boise State, Georgia Tech, Oregon State, Arizona State, Boston College, Kansas, Kansas State, Louisville, Wyoming and more.