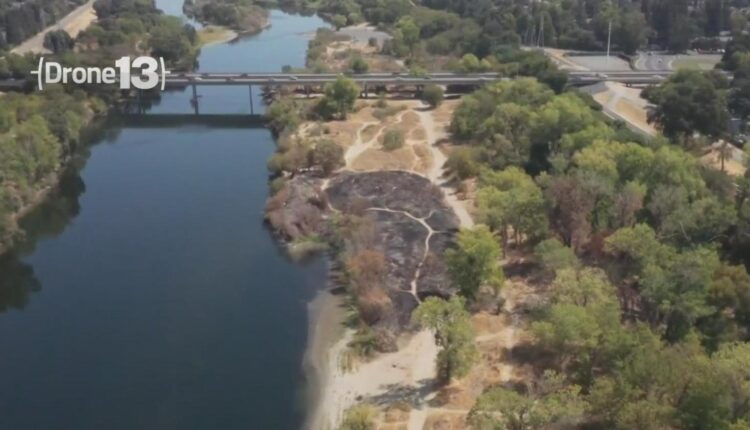 SACRAMENTO (CBS13) — New efforts are underway to prevent another devastating fire season along the American River Parkway in Sacramento.

It’s an area seeing a huge increase in homeless campers, and now, park rangers are now taking away a specific item in the hope that the huge fire threat can go away.

Brush is already turning brown along the parkway.

“That will go up like a match,” said David Spencer, a commander with Sacramento County Park Rangers.

Last year, more than 15% of the nature area burned during the worst fire season on record.

Now, park rangers are cracking down on what they say is one of the biggest fire dangers: people illegally using barbecues.

“We educate them and try to get them to abide by the rules,” Spencer said.

So why are barbecues so dangerous?

“In the evenings, the winds start kicking up a little bit and it kicks the embers into the dry grass,” Spencer said.

Grilling is only allowed in developed picnic areas, but in just the last few months, rangers have seized more than 50 barbecues and issued dozens of citations for illegal fires.
Some have been found in homeless encampments—others have been people cooking along the water.

“We have a lot of beautiful beaches up and down the river and they believe that it’s OK to have a fire down there, which it’s not,” Spencer said.

Dianna Poggetto is the executive director of the non-profit American River Parkway Foundation. She says homeless campers continue to be the biggest fire threat.

“It’s the worst it’s ever been,” she said. “There are estimates of two to three thousand out on the parkway.”

The organization has formed a new fire safe council, which allows them to apply for grants and raise money for prevention projects.

The county is also deploying sheep to help manage vegetation and they are working with people who own land adjacent to the parkway to create fire breaks—all efforts to protect this wildland from any more devastating blazes.

A recent report found more than 75% of the fires in the last six years in that area have been on the westernmost part of the parkway. That’s where the majority of homeless camps are located.

Could you be a firefighter in Fresno? This is your chance to find out