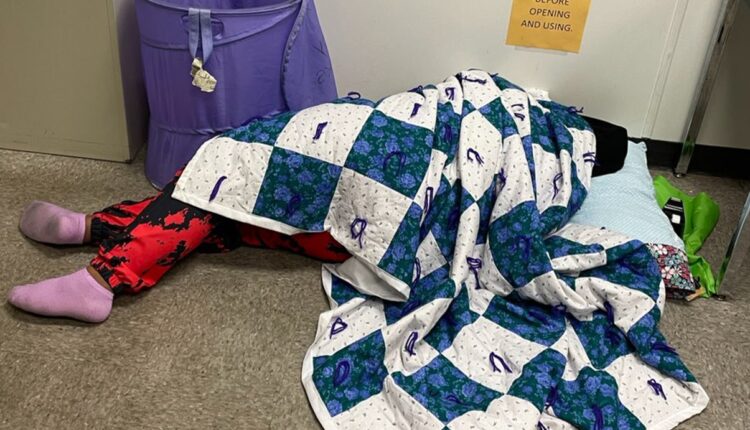 FRESNO, Calif. (KSEE) – Troubling photos from a child protection office in Fresno county raise questions about how children waiting for placement are cared for.

Fresno County’s Child Protection Offices are usually a quick stop for children when they are waiting to be accommodated in their new home or facility.

The union, which represents the county’s social workers, shared photos showing the office in disarray and some children sleeping on the floor and on tables.

The union calls it unsafe and unsanitary for employees and youth.

Social worker Lorriane Ramirez said in part, “We have no choice but to get this public because we are the only advocates for these children and they don’t deserve more trauma than they already have.”

“My first reaction was that you had to be kidding me! Something is really wrong here! ”Said Rep. Jim Patterson.

Patterson says he was made aware of the issue last week, citing several factors, both regulatory and legal, that he believes have significantly reduced recruitment opportunities for teens with complex needs.

“Here we have a real mix-up with bureaucracy and legislation and who is suffering? These children are the most fragile, ”said Patterson.

Patterson sent a letter to state officials asking them to work with Fresno County to address the problem.

Fresno County has also sought help from the state. A district spokesperson says other California counties are facing similar challenges due to legislative changes and have not received the additional funding needed.

In the coming spring, the district’s children’s aid department will move into a new facility with more amenities such as showers and kitchens.

Until then, local and state executives commit to finding solutions so that children no longer fall through the cracks

“We have solved this problem for the children and we can solve it. I think we should do it right now and I’ll stick with it until we have a solution, ”said Patterson.

Omar Ameen, a refugee from Sacramento who is threatened with deportation, testifies in his case