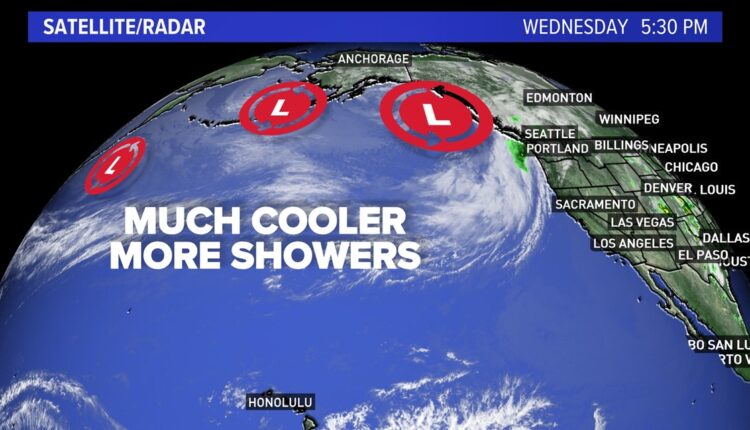 A big shift in the storm track across the West will bring a much cooler, weather pattern.

SACRAMENTO, Calif. — A colder weather pattern is ahead for Mother’s Day weekend.

After well above average highs on Wednesday, temperatures cool to well below average by the end of the weekend as several weather systems approached from the Pacific.

There’s a chance of showers for late Friday afternoon, mainly for the higher elevations across the west slope of the Sierra. The valley will see more clouds but remain dry.

We’ll continue to see falling temperatures Saturday with occasional gusty winds. The beginning of the weekend looks dry but will set the stage for the late weekend storm.

An early look at Sunday for Mother’s Day shows a colder, stronger weather system approaching and bringing a more widespread chance of rain and snow.

This could impact Mother’s Day plans and cause possible travel delays in the Sierra with snow in the forecast Sunday through early next week.

This will be a bigger long range pattern shift to below average temperatures and above average chances for higher elevation rain and snow.

Above average chance for price in the Sierra. Below average temps on tap for CA @ABC10 #wxforce10 pic.twitter.com/XqOZIgYYdF

Folsom Lake: Before and after historic winter storms