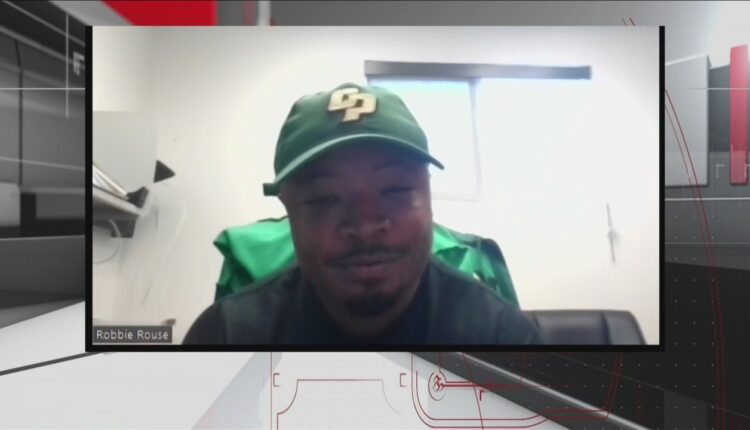 SAN LUIS OBISPO, Calif. (KSEE) – A decade ago, Robbie Rouse ran his way into the Fresno State record books, when he became the school’s all-time leading rusher, but this upcoming September, he will be running into Bulldog Stadium as a coach for the opposition.

Because in a little less than four months, the Bulldogs will open their 2022 campaign against Cal Poly, and Robbie was hired as the new running backs coach for the Mustangs back in January.

“After I took the job, I looked at the schedule, and I was like, ‘wow, how about that,’” Rouse said in a zoom interview with Sports Central Monday. “I didn’t know it prior to it. I looked on our website to see who we were playing next year. I was like, that’s crazy.”

Rouse, who played for the Bulldogs from 2009-2012 and played pro football for several years after that, initially got into coaching as an assistant at his high school alma mater in San Diego, before taking a job at a small college in Duluth Minnesota as to assistant. He spent the last two seasons coaching the running backs at the FCS level for the University of North Dakota of the Missouri Valley Conference, before taking the job at Cal Poly, which also plays at the FCS level in the Big Sky Conference.

Robbie and the rest of the Mustang coaching staff, which also includes former Bulldog assistant Will Plemons, are trying to rebuild a program that has struggled in recent years and lost 63-10 at Bulldog Stadium last season. The Mustangs went 2-9 a year ago, and haven’t had a winning campaign since going 7-5 in 2016.

Robbie was excited when he saw that Jeff Tedford was coming back for a second stint as head coach of the Bulldogs, and since he keeps an eye on his college alma mater, he knows what will be facing the Mustangs on Sept. 1.

“You know, looking at their roster (Fresno State’s), because of course I follow them,” said Rouse. “They got a pretty talented team coming back, so like I said, it’s gonna be a great challenge for our boys to start that season off at Bulldog Stadium, in a hostile environment. I know it’s probably gonna be sold out, gonna be rocking, so it’s gonna be a great start to the season for our guys.”

On to the Regional Quarterfinals