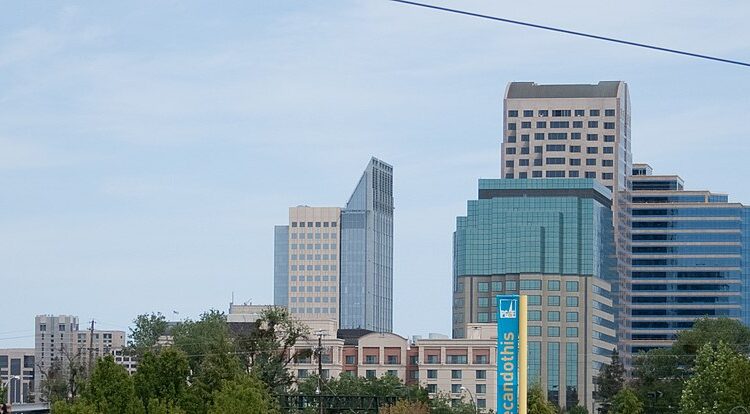 The city of Sacramento is facing pressure after clearing an encampment for people experiencing homelessness that was located at the area of ​​Howe Avenue and Fair Oaks Boulevard. The area of ​​the encampment was located on public land, and the city was restricted from clearing the encampment due to the martin v City of Boise decision made by the 9th Circuit Court of Appeals. The court decision states that cities are required to offer people experiencing homelessness housing if they are living on public property and has stopped the city of Sacramento from clearing the camp in the past, according to a statements from the city.

According to the Martin v. City of Boise court decision, the government cannot criminalize sleeping on public property for people experiencing homelessness.

“The panel held that, as long as there is no option of sleeping indoors, the government cannot criminalize indigent, homeless people for sleeping outdoors, on public property, on the false premise they had a choice in the matter,” the court decision reads .

The city of Sacramento has been accused by the Sacramento Homeless Union via a Twitter post of breaking the law for its clearing of the encampment. The post stated, “Stop wasting so much time and money on avoiding Martin versus Boise and actually implement the solutions needed.”

The Office of the Sacramento City Manager declined to make a statement on April 20 regarding the legality of its decision to The California Aggie. Instead, they referenced official statements that the city of Sacramento has made in response to the encampment over the last few months. According to a statements made by the city, Sacramento was prohibited from clearing the encampment due to Martin v. City of Boise.

the statements on the city website acknowledged its limited power in clearing encampments stating, “At present, there are a greater number of persons experiencing homelessness in the city than there are beds in shelters. Consequently, the City may not criminally enforce a law that prohibits camping or sleeping on Alles public property.”

However, over the past few months, the city has shared its interest in clearing the encampment, according to another statements released on Tuesday, Feb 8.

“The frustration of those whose homes or businesses are impacted by the issues arising from encampments is real and legitimate,” the press release read. “We understand the desire for public agencies to take swift and decisive action to resolve these issues. However, the fact is recent court cases now require cities to follow strict protocols when addressing homeless encampments.”

“In Sacramento, the city council and Mayor Steinberg have come under increased public pressure to remove homeless encampments,” Hosek said via email. “At the same time, the mayor’s proposal to construct homeless shelters in all Sacramento neighborhoods has faced stiff opposition from residents, particularly from more affluent neighborhoods like Fair Oaks. I’m not sure where things stand at the moment.”

In the same statements made by the city on Feb. 8, the city invited the Sacramento District Attorney’s Office and Sacramento’s Sheriff’s Office to get involved. The city announced in a statements made on April 7, four days before the clearing, a deal was made between Sacramento and Howe and Fair Oaks Property Owners Association. This deal allowed Sacramento to clear the encampment.

“The City has entered into a lease agreement with this group and anticipates transferring the property to them by mid-April after certain requirements are met,” the statement read.

“Those swept are rarely given any alternative, such as housing, and are merely displaced into another equally illegal and unwelcoming neighborhood,” Lomazzi said. “Or they are forced into hiding so far from public view that service providers will never be able to help them.”

Esteban Rodas, a 28-year-old resident from Elk Grove, shared their perspective on the matter. Rodas grew up experiencing homelessness and believes that while encampments can increase crime rates, clearing the encampments is never justified and causes more harm than good. Rodas shared their unique perspective via Reddit messaging.

“My family was formerly homeless and I spent most of my youth living in a car,” Rodas said via Reddit messaging. “What does clearing a camp accomplish? People are displaced, they lose their sense of community and safety and once again feel like society does nothing but look down on them. What hope is being offered to them?”

Rodas also mentioned the good that comes with encampments, such as easier access for volunteers to help those experiencing homelessness.

“Tent cities also make it easier for volunteers to give food or attend to the needs of the homeless,” Rodas said via Reddit messaging. “And a final observation? It’s always the poor areas that have to put up with these tent cities. The rich neighborhoods–which incidentally tend to fight tooth and nail against anything that would actually help solve this crisis–always remain insulated from this. The entire thing is disgusting.”

‘This is the May’ to celebrate Star Wars in Sacramento