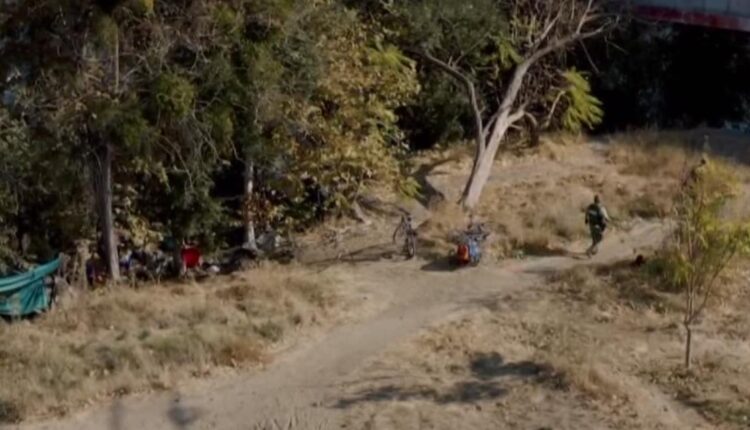 “Now, we feel like we are being betrayed, and we don’t know why,” said Dan Alderholt, who founded the nonprofit American River Homeless Crews.

SACRAMENTO COUNTY, Calif. — People who live along the American River spoke out Wednesday against a proposed ordinance to prohibit camping in some areas of Sacramento County.

Word traveled fast among the unhoused community, along with fears that the ordinance would be used to remove their encampments soon.

The board is considering a ban on camping in areas close to critical infrastructure and areas that face risk of wildfire or flooding. In an hours-long workshop Tuesday, the supervisors heard public comment from concerned citizens and debated the ordinance.

“Now, we feel like we are being betrayed, and we don’t know why,” said Dan Alderholt, who founded the nonprofit American River Homeless Crews 10 years ago. “And there’s no reason for this.”

With a permit from the county Parks and Recreation Department, Alderholt’s organization can regularly be seen cleaning Sacramento area waterways of trash and debris.

“Why don’t they go after the ones that are doing the mess instead of those that are keeping it clean and safe. Make a law where you have to keep your camps clean and safe. We’ll back that 100%,” Alderholt said.

While many of those who left their encampments to give off-agenda remarks at the Wednesday meeting arrived feeling angry, the mood shifted as they opened up to the board about their experiences and concerns.

“We don’t want to lose our animals. We love them; they’re like our children,” one woman said.

As those on both sides of the room shared their concerns and listened, many of the unhoused people who attended left the meeting feeling more reassured.

The proposed ordinance carries a first-time warning, then a misdemeanor charge for a repeat offense within 30 days. Supervisors have pushed back on the idea that the camping ban would criminalize homelessness, emphasizing that law enforcement involvement would be a last resort.