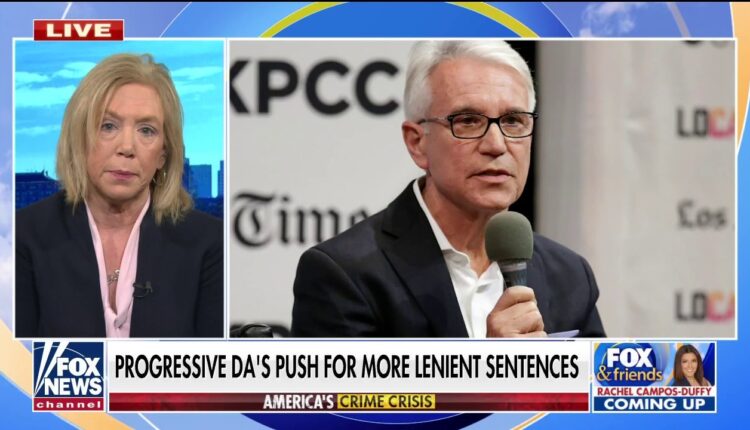 Sacramento County District Attorney Anne Marie Schubert said on Fox & Friends Friday that the soft approach taken by liberal prosecutors is leading to more crime, including homicides, in the state. Responding to the recent murder of Brianna Kupfer, a 24-year-old UCLA student, Schubert called out prosecutors including George Gascon in Los Angeles and Chesa Boudin in San Francisco.

ANNE MARIE SCHUBERT: Well, they want to dismantle the system. I mean when they try to talk tough it’s really just for show because if you actually follow them on these cases we see they really don’t get tough on crime, they don’t hold people accountable. For example, in Los Angeles, there is a district attorney who pretends to hold people accountable but doesn’t bring things like special circumstances. He thinks people should get out of prison after 15 years no matter what they’ve done. They have murderers in prison toasting to Gascony and celebrating that they will soon be released from prison. So these are the things that these politicians, these prosecutors do. We encourage criminals to actually commit more crimes.

WATCH THE ‘FOX & FRIENDS’ INTERVIEW BELOW: