Sacramento man gets a surprise letter from an unexpected daughter 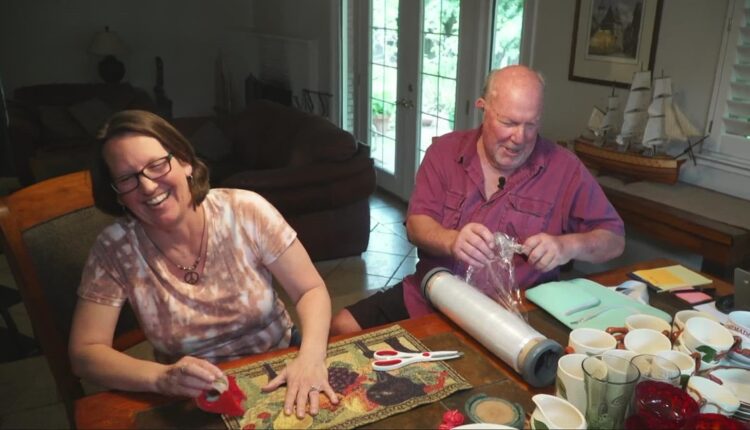 Robert says he had just gotten back from a fishing trip when he checked his mail, it was a letter from Texas signed by someone saying she might be his daughter.

SACRAMENTO, Calif. — Stacie McCulley always grew up with her father but said when she was just 12 years old her mother, “…She had let me know that he was not my real father.”

Her mother had very little information about her biological father but when she was 20-years-old she tried to find him.

“We talked, we sent pictures back and forth but when it came down to like, you know, the DNA test, I think we both were just we didn’t want to pursue it at the time…so, we both carried on with our lives,” McCulley said.

Now, 30 years later, Stacie’s mom has passed, and her son is getting married.

“I thought, well, if the grandkids want to know their lineage, I want to be able to get that to them,” and that’s when she decided to write a letter.

“Well, I came back from a fishing trip in last September, and I had this letter with the return address in Texas. I went and I opened it and it was a letter from Stacey and so I called her back,” said Robert Suber .

Suber recalls first meeting McCulley’s mother in the 1970’s when he was in the Air Force, stationed in Texas. He dated her mother but then, “I got orders for the Philippines, I was going overseas. In fact, 1970 Thanksgiving Day, I flew out to Travis never to see the United States for another two years.”

Eventually, Suber got married and had a daughter, named Emily. Sadly, he lost his wife to cancer and his daughter to liver failure in the same year.

“I lost my family. So that was really hard on me.”

But things began to change when he got Stacie’s letter.

“She is kind of a salvation for me with the loss of my wife and daughter, previously, and so she’s rekindled the spirit in me,” said Suber.

He called McCulley after reading the letter.

McCulley says, “I kind of like I froze… I saw Sacramento, and I pretty much knew who it was on the other line. I thought, oh, gosh, so I let it go. I didn’t answer. And he didn’t leave a message. He just like call me right back. I’m like, oh great! I have no choice but to talk to him. So, I did!”

Suber agreed to take a DNA test and they officially confirmed that he is Stacie’s biological father.

“It gave me chills, like, just to know… it was really good,” said McCulley.

Suber tells ABC10, “I had certain hobbies that got me out of the house, but the rest of the year there was no getting out of bed and looking forward to the next day. So, now I’ve got, I’ve got that plus some.”

For McCulley and Suber, the timing was just right this time around, “I’m very, very thankful that we have this time… to try to kind of, you know, make up for the 50 years that we’ve been without one another,” said McCulley.

Even though they’ve had to face some difficult conversations. She says, “It’s been wonderful and it’s kind of a double-edged sword because you know, I’ve kind of talked to him telling him how I sometimes start to get kind of angry because I missed all those years with him. I see pictures of him with my half-sister and all the times that I missed and that she gained. But I got to remind myself, I’m going try not to get emotional, but I can’t stay in that emotion because I can’ t, we can’t go back and change it. All we have is now and moving forward. And I’m very thankful that we have the time now to get to know each other.”

But as for the future they’ve both been packing up Suber’s house in Sacramento and preparing for a new journey. Saturday morning they’ll be on their way to Texas.

“I sometimes, you know, stare at him, because that’s the other part of me and you know, knowing where I come from, and seeing the other side and having to get to know that my family. I wish I could have got to know more of them,” Stacie said.

Robert shared that his new house is expected to be done by December and he will only be five minutes away from his daughter.

“I could possibly be a great, great grandfather here. And I mean, all at one shot,” Robert said.