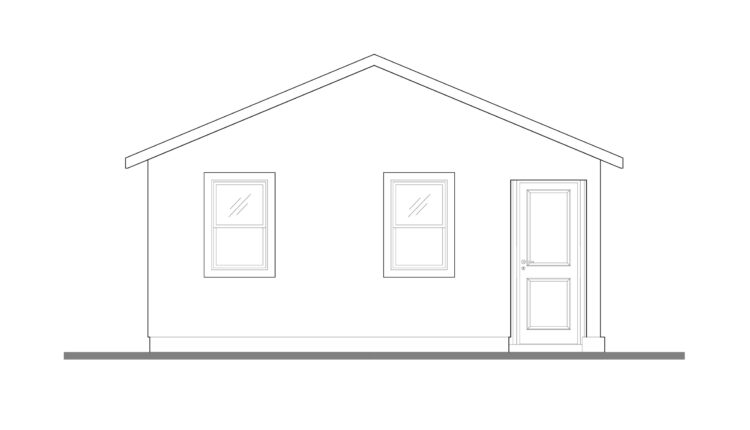 Affordable housing in California metro areas is a rare commodity. In 2022, the percentage of California homebuyers who could afford a median-priced, single-family home fell from 24 percent at the beginning of the year to 16 percent by the second quarter. In Sacramento, the state capital, median rent for a one bedroom rose from almost $1,300 in 2019 to $1,550 in 2022. Homelessness in the city rose 67 percent between in the same period.

To address its housing crunch and affordability crisis, the City of Sacramento has released free, downloadable, pre-permitted blueprints for homeowners looking to build accessory dwelling units (ADUs) on their properties.

The new ADU portal allows owners to determine their eligibility for the plans, with links to zoning documents, cost estimates, and guidance on choosing an ADU that best fits the homeowner’s needs. As of January 18, the city is offering studio, one bedroom, and two bedroom plans. All plans meet Sacramento’s current residential codes and, if constructed exactly per plan, do not require additional building permits. All plans clock in at under 750 square feet.

“The idea with the permit-ready plan is to save costs so you don’t have to hire a designer, and also expedite those plans because you will not have to go through the normal review process,” senior city planner Garret Norman told CBS Sacramento.

Unless an owner is very handy, however, they will likely need to hire a contractor to bring the plans to fruition.

The city’s ADU initiative is part of its plan to create 45,000 new units by 2029. Right now, Sacramento is behind on its state mandate to build more than 5,600 new homes each year. The Standard Plan Program, an initiative spearheaded by the Los Angeles Department of Building and Safety (LADBS) in March 2021, requires building ADU plans to be drafted by private architects, and engineers, these drawings are then reviewed and pre-approved by LADBS. In a piece written for AN’s July/August issue last year, Mimi indicator wrote that ADUs were not the solution to LA’s housing crisis.

While the city and many other California municipalities are behind on housing construction, new local and state laws aim to address the crisis. Last year Governor Gavin Newsom okayed a suite of breakthrough land use laws that eliminated single-family zoning and preempted local rules that make it difficult to build new, higher-density housing.

One of those bills, SB 478, ensured that apartment buildings of three to ten units in California cities can’t be blocked by local square footage caps.

“SB 478 is a nerd bill, but it’s an important one that protects local zoned density from being undermined by back door loopholes,” State Senator Scott Wiener (D-San Francisco) said in a press release. “Small, multi-unit housing—prior to SB 478—could be prevented even allowed by local zoning code because of onerous and unnecessary restrictions on square footage and lot size. Now, with the passage of SB 9 and SB 10, SB 478 will ensure we can actually build the small, multi-unit housing that we need so badly across the state. SB 478 is wonky, but it will help us make a dent in our housing crisis.”

Latino Teens Are Deputized as Health Educators to Sway the Unvaccinated