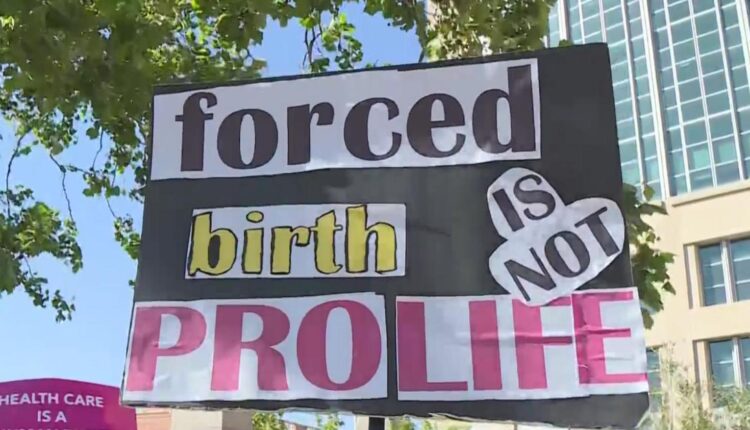 SACRAMENTO (CBS13) — A day after a report was published of a leaked draft opinion suggesting the US Supreme Court voted to overturn abortion rights, Chief Justice John Roberts issued a statement confirming the 98-page document’s authenticity while noting it is not a final decision .

In Justice Roberts’ statement Tuesday, he also called the leak a betrayal and directed the court’s marshall to launch an investigation to determine the source.

This leak is unprecedented at the Supreme Court, but as Justice Roberts mentioned, this is not the final draft. So justices can still weigh in and make changes. The high court is expected to issue its final ruling by the end of June or early July.

The leak sent shockwaves across the country, and here at home, demonstrators were sounding off on the steps of the federal courthouse in Sacramento. Demonstrators turned out in big numbers Tuesday night calling this a “crisis moment” for abortion access.
Even if Roe v. Wade is overturned, abortion would still be legal in California, which is something those on the other side of the fight feel just as passionate about.

Dozens of demonstrators refused to be silenced on the streets of Sacramento.

Their fury was felt after a draft version of the high court’s majority opinion was leaked and first reported by Politico Monday. The document revealed the court would strike down the landmark case of Roe v. Wade, which made abortion legal more than half a century ago.

“This is ridiculous. I think we’ve gone 10 steps forward and now we’re going 50 steps back,” said Jackie Smith, president of Placer Women Democrats. “This is the catalyst for other things to happen if we don’t stand up and fight back right now.”

The lengthy document shows a majority of justices would be prepared to overturn the 1973 case, leaving it up to individual states to determine abortion policy.

“We’re going in the opposite direction, and that’s not good,” said Michelle Collins with the National Women’s Political Caucus.

If the draft opinion becomes reality, Smith fears the ramifications could quickly mirror the past.

“There would be backdoor abortions and women were dying because you know, the coat hangers, you see signs here with coat hangers. That’s what used to happen,” Smith said.

But anti-abortion activists argue this opinion is an important step toward protecting human life.

“For every abortion, for every choice, that’s ending a human life, and that’s undeniable the reality is that abortion kills a child, a human being,” said Wynette Sills with Californians For Life.

While the high court says the opinion is not final, demonstrators say too much is at stake to back down.

Another abortion rights march is scheduled for May 14, and again, a final decision from the Supreme Court is expected in late June or early July.