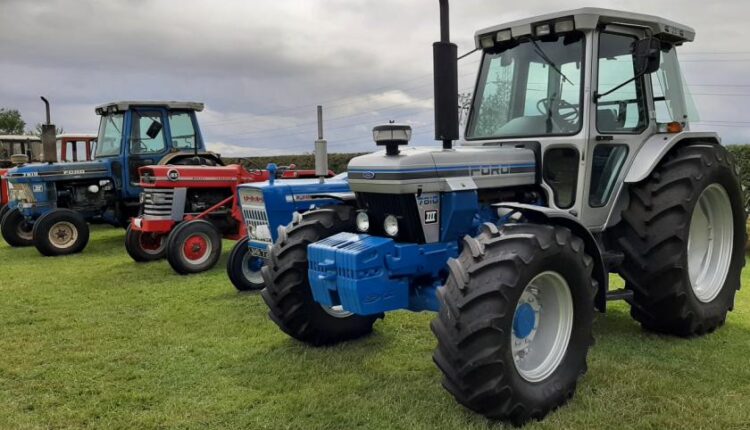 THE return of a village show after a three-year break drew the crowds on Saturday, as families turned out to see a host of attractions.

There were strong entries in the sheep classes, with the ever-popular gymkhana also attracting many competitors, while in the main ring, terrier racing and a fun dog show were enjoyed by the many attendees who had brought along their four-legged friends.

The show featured a 5k race for the first time, which saw about 30 runners tackle a tough, hilly route, with other attractions included Northallerton Silver Band, mounted fancy dress and a parade of vintage tractors.

Show presidents Derek and Margaret Bell said it had been a successful return for the show, which switched from its traditional Wednesday slot to a Saturday for the first time.

“It has gone perfectly,” said Mr Bell. “Everyone says there is more here than ever.”

He said the show had been losing money, and the move to a Saturday was an attempt to attract bigger crowds and improve its finances.

“We’ve also changed a few of the classes round, and got some more dog classes,” he said. “The idea was to try and get more people in, get them interested in farming and bring in the educational side.”

After 54 years on this committee, it was his first time as president, and he paid tribute to all those who worked hard to put the show on. “We’ll be here again next year,” he added.

One of the first-time exhibitors was W Chapman & Sons of Manor Farm, Kirby Sigston, who brought along twin heifer calves as part of a stand showingcasing their raw milk, which is sold from the roadside. The family’s Free Range Yorkshire Raw Milk was launched about two years ago.

“It’s the first time the show has been on for three years – it’s good to support the local show. We’ve had lots of people asking about the milk, and where we are,” said Andrew Chapman.

There were no cattle classes, with the show committee saying they are unlikely to return in the foreseeable future because of a “very low level” of competitor and entry numbers for several years, but two longhorn bulls drew many admiring glances.

Michael Cleasby, of Cumboots pedigree English longhorns, said the bulls had provided a good talking point, with people asking about the breed, which he said provides “exceptional meat”.

Elsewhere on the showground, there were plenty of entries in the craft, produce, baking and horticulture classes, while Hurworth Hunt, Thirsk Yarnbombers and Harrison’s Alpacas all had stands.