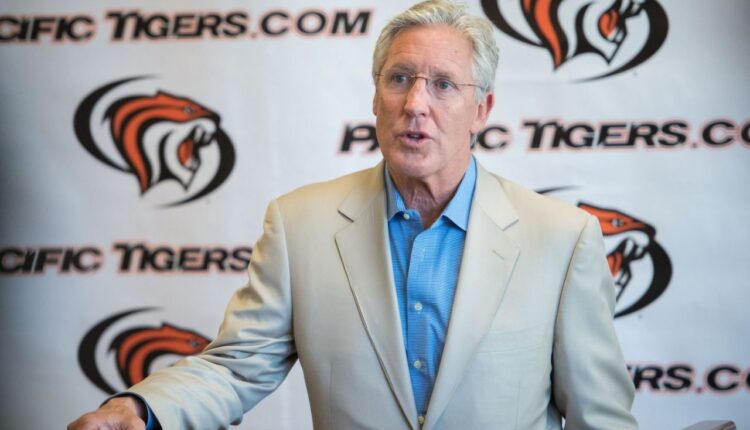 According to a news release from the university, Carroll will take part in the 10 am ceremony on Knoles Lawn on the Stockton campus.

Carroll is an alumnus of the university. He graduated from the university in 1973 with a degree in business administration. The Super Bowl-winning coach played free safety for two years for the Tigers and earned All-Pacific Coast Athletic Conference honors in 1971 and 1972, according to the Stockton Record.

Pacific’s football alumni also include former NFL quarterback and coach Tom Flores, who was inducted into the Pro Football Hall of Fame in 2021.

NFL schedule to be publish: Here’s who we know the 49ers will play this season

According to a 1995 Los Angeles Times article, Pacific dropped its football program after 77 years of playing. The university’s Board of Regents voted to disband it in an effort to save money, as the school’s athletic program lost $400,000.

Carroll helped lead the Seahawks to their only Super Bowl win when they defeated the Denver Broncos 43-8 in 2013. During his 12 seasons as the Seahawks coach, Carroll has compiled a 119-73-1 record with five NFC West Division titles.

Carroll previously coached the New York Jets in 1994 and the New England Patriots from 1997 to 1999.

According to Pacific, the university will award nearly 2,000 degrees on its Stockton, San Francisco and Sacramento campuses over the next several weekends. The university said the degrees will be awarded to 851 undergraduates, 453 to graduates and 662 to professional students.

Saturday’s ceremony will be livestreamed on the university’s YouTube page.