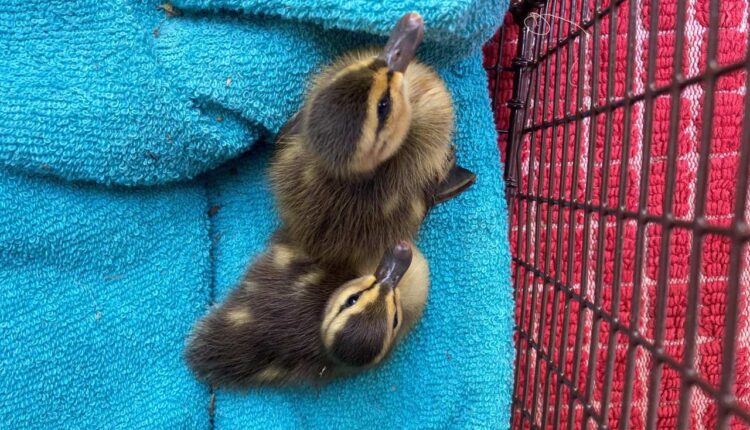 SACRAMENTO,Calif (KTXL) — While Animal Control Officers were on their way to save two ducklings from a storm drain in South Sacramento, a 10-year-old girl took it upon herself to save the stranded birds.

When Sacramento County Animal Control Officer Brittney Thompson arrived on scene she found 10-year-old, Miyanni had lifted the storm drain cover and recovered one of the ducklings by herself.

“It was really heavy, but my love for animals gave me strength,” Miyanni told Thompson.

Miyanni was not able to keep the duckling but she did name it Ollie as Miyanni plans to name her future pet ducks Olivia or Oliver.

As the second duckling began floating down the underground storm drain Thompson and Zesiger used recordings of duckling sounds to get a response from the stuck duckling.

“We pulled up sounds of ducklings quaking and it starts to work,” Thompson recounted. “We can hear the lost baby talking back but it’s not coming forward. It must be stuck towards the manhole.”

Zesiger finally located the duckling 50 feet into the drain and used a hydrant key to flush the duckling towards Thompson.

With Zesiger holding a net Thomspon used her phone to play duckling noises again when the duckling floated past the open manhole.

“Here it is again,” Thompson said. “He (Zesiger) helped dives into the manhole with my tiny fishing net and got the lost baby.”

The Bradshaw Animal Shelter then took over care of the ducklings.