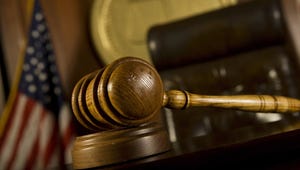 The city of Stockton has paid $235,000 to settle a police brutality lawsuit against a Stockton police officer.

Trinidad Brown filed a civil lawsuit on June 1, 2017 related to a 2015 traffic stop, saying he was subjected to excessive force from one of the four police officers at the scene.

“Although it has taken a very long time, my client has finally received a finding showing that the City of Stockton has given this case enough thought to pay a significant amount to resolve it,” said Charles “Tony” Piccuta, Attorney for Piccuta Law Group, said. “What happened to my client shouldn’t have happened. I’m glad I was able to give him some justice.”

The lawsuit alleges that Officer Eric Howard violently assaulted Brown, held a gun to Brown’s head “without justification” and falsely assaulted him with a stun gun for refusing to exit his vehicle while Brown was still inside.

Brown was arrested for resisting arrest, possession of a controlled substance and possession of marijuana for sale. A jury found Brown not guilty on all charges.

Stockton Police confirmed Howard is still working with the department.

Related: Police beat victims “extremely satisfied” with the outcome of the lawsuit

The lawsuit was filed in 2011 following the wrongful arrest of then 16-year-old Joseph Lee “Joe” Green.

Green shopped with his then 5-year-old sister at the California Stop convenience store at 2224 Manthey Road in Stockton while their mother pumped petrol into the family car.

He presented the clerk with a damaged dollar bill, when the clerk refused to accept it, Green wanted to know why. Johnson intervened, words were exchanged, Green tried to leave the store. Johnson pulled it back from the collar. Green permanently lost both of his front teeth and suffered physiological damage.

Green was “extremely pleased” with the outcome of the lawsuit, which was first filed nine years ago.

Record reporter Angelaydet Rocha covers breaking news. She can be reached at [email protected] or on Twitter at @AngelaydetRocha. Support local news by subscribing to The Stockton Record at recordnet.com/subscribenow.