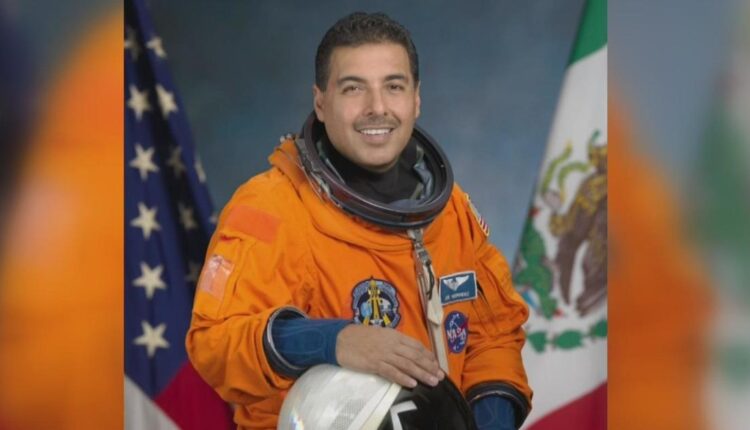 STOCKTON — From migrant farmworker to NASA astronaut, Stockton native José Hernández gets a school named after him along with an Amazon-produced biopic.

José Hernández believes speaking to the youth will inspire them to chase their dreams.

Hernandez, a Stockton native with humble beginnings as a migrant farm worker, went on to become a NASA astronaut.

He served as the mission specialist on the Space Shuttle Discovery in August 2009.

The purpose of the mission was to deliver equipment to the International Space Station.

“When I sat down on that rocket, I wasn’t nervous because I said, you know it takes thousands of people to make this mission possible, and I know a lot of those people, and I know their dedication.”

Donita Drulias-Daumer, principal of Astronaut José M. Hernández Academy, said, “Listening to him speak and the kids just saying ‘there’s a real astronaut here’ and just talking to them about ‘Do you think you could be an astronaut?’ and them saying ‘never’ and I tell them ‘I think you can.’

Principal Drulias-Daumer says the goal is to bring a school known for academic excellence into an underserved community showing kids they can become engineers and even an astronaut like Hernandez.

When asked if he would go to the moon if, given the chance, Hernández said, “In a heartbeat. In a heartbeat, Marlee. I’m waiting for the phone to ring.”

You will see more of Hernández soon as Amazon has just started production on a biopic starring Michael Peña titled ‘A Million Miles Away.’

Marlee Ginter is an Emmy Award-winning investigative journalist. She joined CBS13 in January 2020 from WOOD TV8 in Grand Rapids. Prior to that she worked at KOMO TV in Seattle, WA, WISH TV in Indianapolis, IN, WSPA TV in Spartanburg, SC and WTOC TV in Savannah, GA.